The Railway Tunnels of Records in Scandinavia

A new, 22-kilometre-long high-speed dual-track railway line linking Oslo and Ski, diminishing traffic in the periphery of the capital, and reducing the duration of commutes by 50%.

It will be the longest railway tunnel in Scandinavia: twenty- kilometers in two tunnels, for a total of 64 km of new tracks that will free up traffic in the south-east periphery of Oslo, and integrate public mobility in the small settlements around the capital.

The two underground Follo Line assembly caverns are 22 meters high, 24 m wide and approximately 56m long. Furthermore, when the line is up and running, it will permit commuters to reduce their average travel time from 22 to approximately 11 minutes.

This Oslo project is one of the most important high-speed railway projects in the world, both for its technical complexity and because it is one of the first in Northern Europe to include a dual-track tunnel excavated simultaneously by four Tunnel Boring Machines (TBM), commonly referred to as “moles”.  Respecting tradition, they have been given female names, in honor of women who have played an important role in the country's history: Queen Eufemia, Queen Ellisiv, Anna and Magda.

Their voyage began from an access site situated midway, in the rural area of Åsland. From here, the four TBMs set off together in two different directions – a highly innovative solution – marking the start of a race to the finish line.

Ahead of schedule, the two winners were Queen Eufemia and Queen Ellisiv: on the 11th of September 2018 they both broke through at the same time. Only 5 months later, the other two TBMs, Magda Flåtestad and Anna from Kloppa, completed their spectacular double breakthrough in Ski, marking the end of the phase of mechanized boring.

Bane NOR is the Owner of the Project and the 20-long tunnel-section is a part of the 22 km long Follo Line project, connecting Oslo Central station with the city of Ski. The Follo Line is the core part of the InterCity rail-network south of Oslo towards the border of Sweden. The Acciona Ghella JV has been responsible for the TBM-excavation of 18,5 km of the tunnel-section and for installation of railway systems in the entire tunnel-length.

The individual boring work of the 4 TBMs has lasted between 23 and 27 months, and in total the excavation lasted 100 months, involved over 750 workers and 100 engineers and technical staff, from 25 different countries. Åsland was the site of a base camp with lodgings for more than 500 workers, offices, a gym, and a cafeteria. It was also the site for the prefabrication of the concrete segments used to finish the tunnels, avoiding any traffic outside the site.

For this project we chose to excavate using a Double Shield TBM, with a diameter of 9.96 meters, instead of the drill & blast method, involving the controlled use of explosives, traditionally utilized in Norway. In fact, a TBM had not been used in Norway for over 25 years owing to the type of rock, considered too hard and too abrasive for their cutting heads.

“We didn’t just build, and continue to build, a huge and complex infrastructure project, which is now in its final phase with the installation of the railway system but we have also established a close cooperation with the Client and an amazing international organization.  This is something for all of us to be very proud of.” 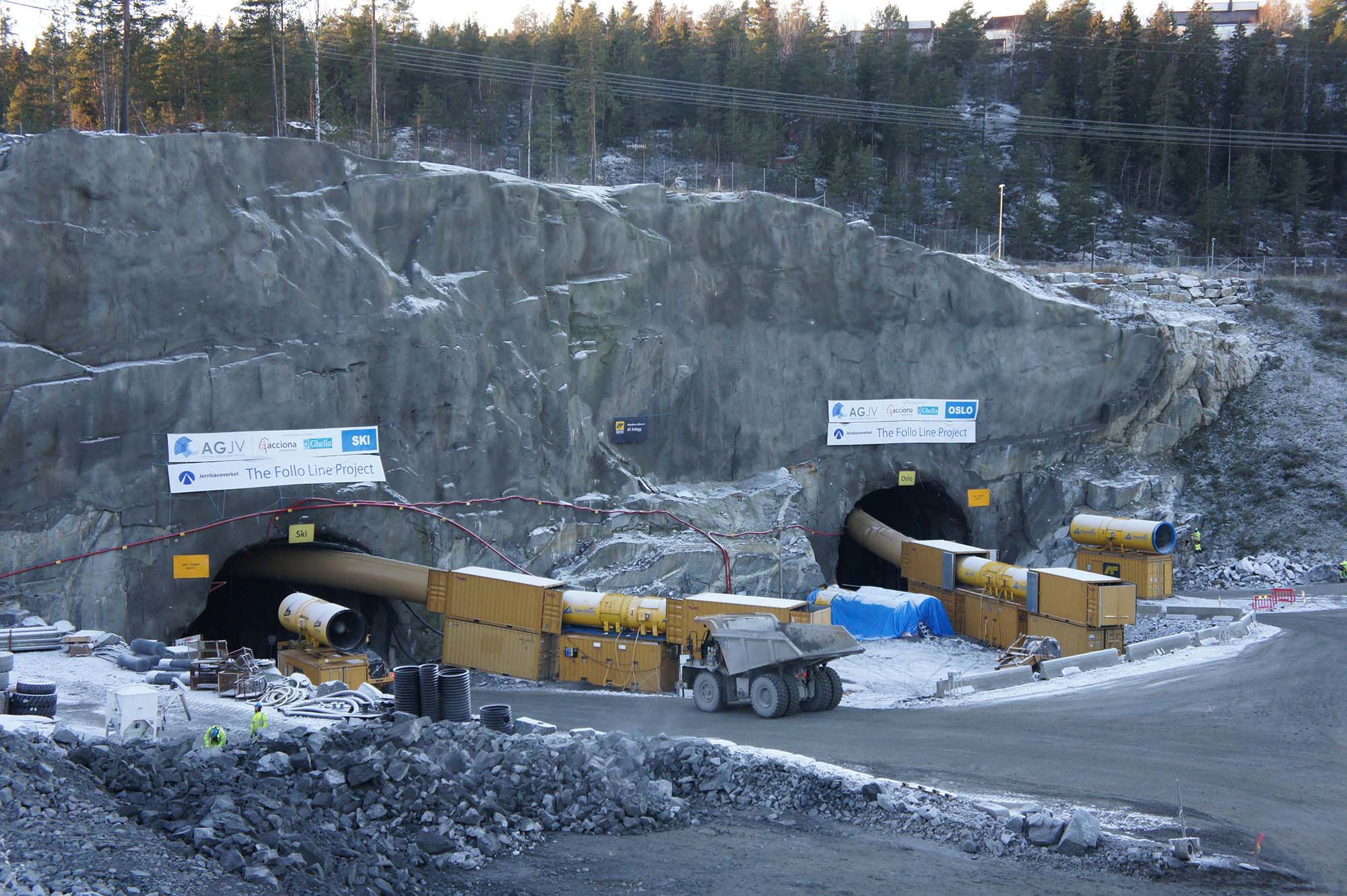 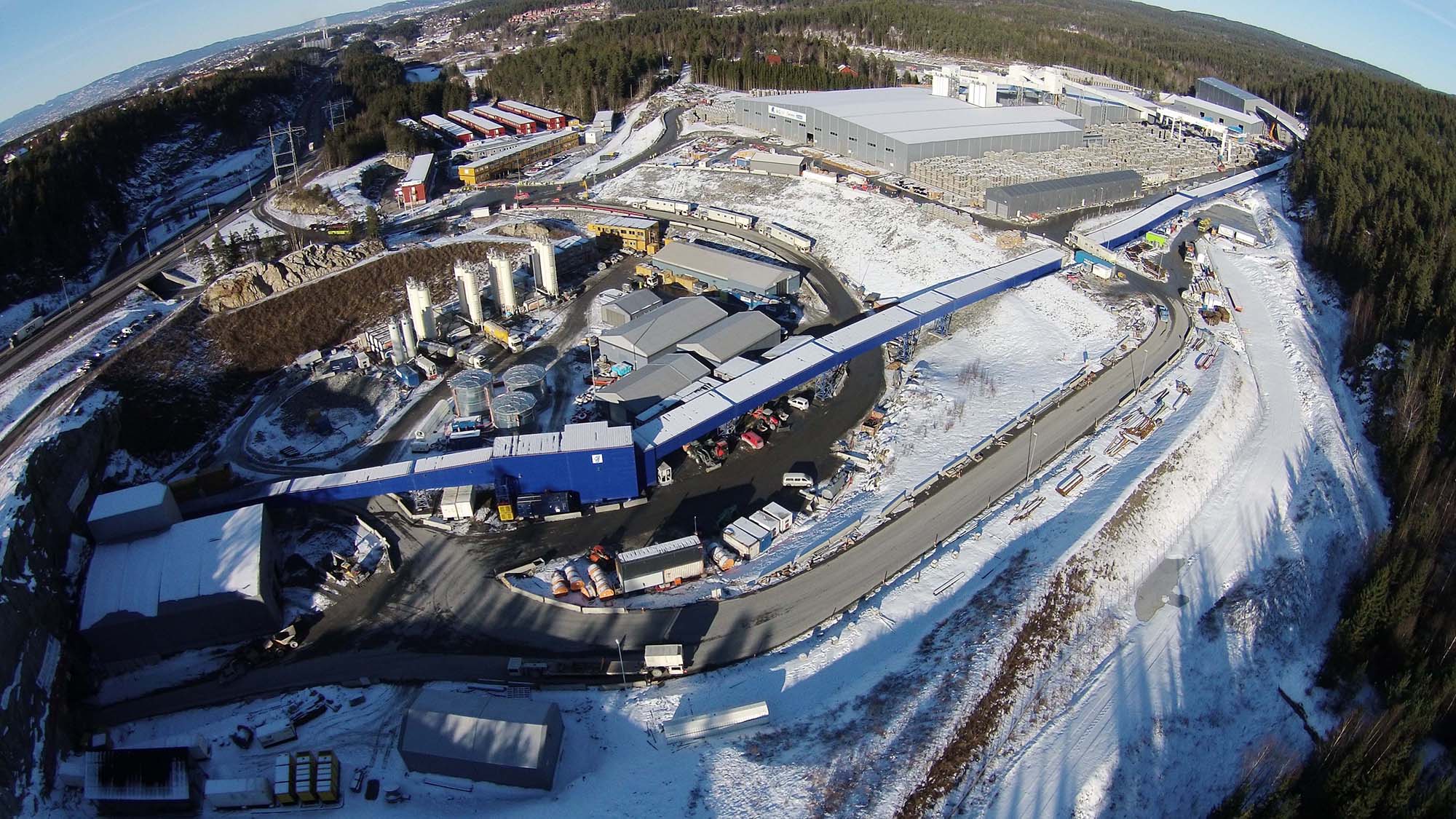 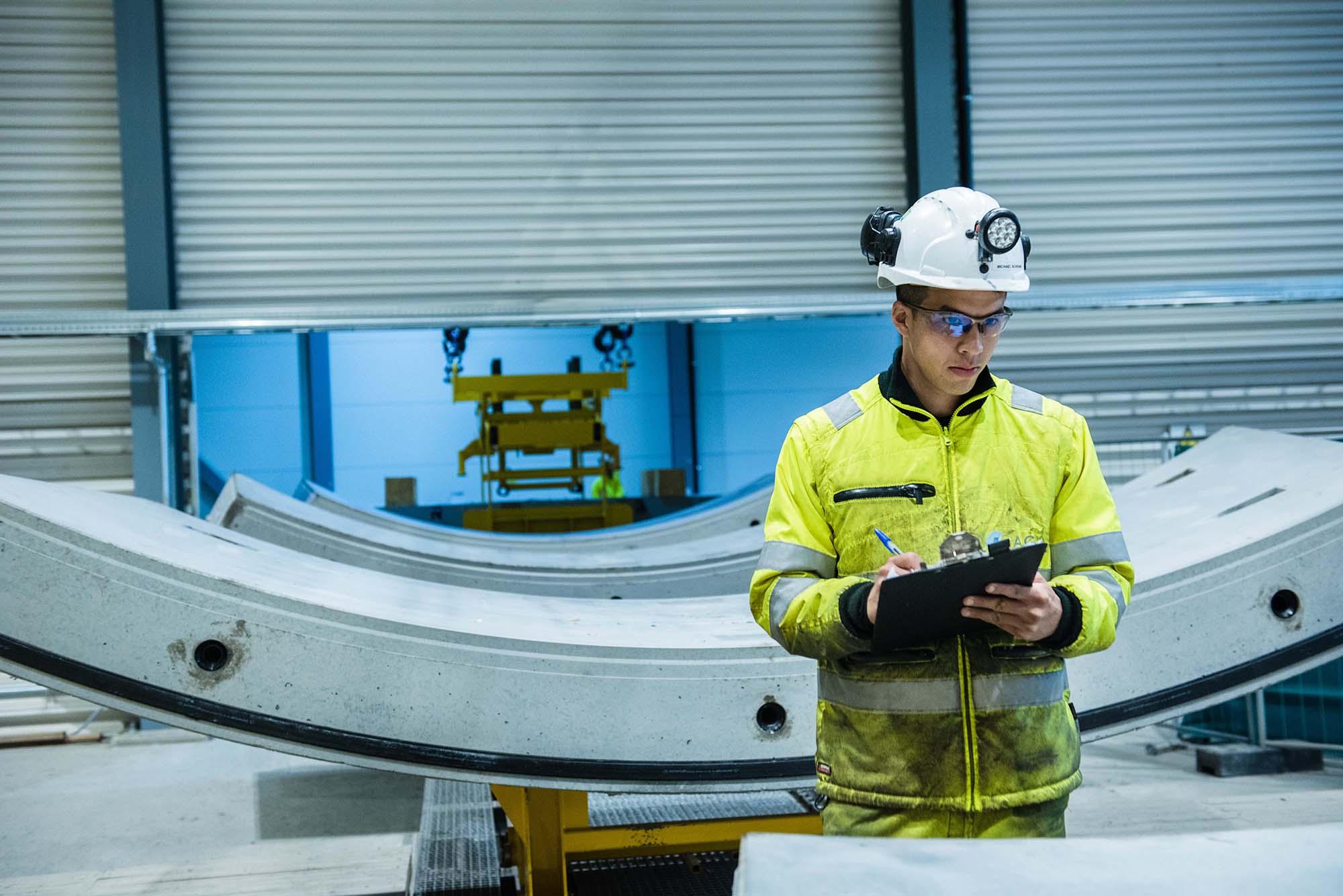 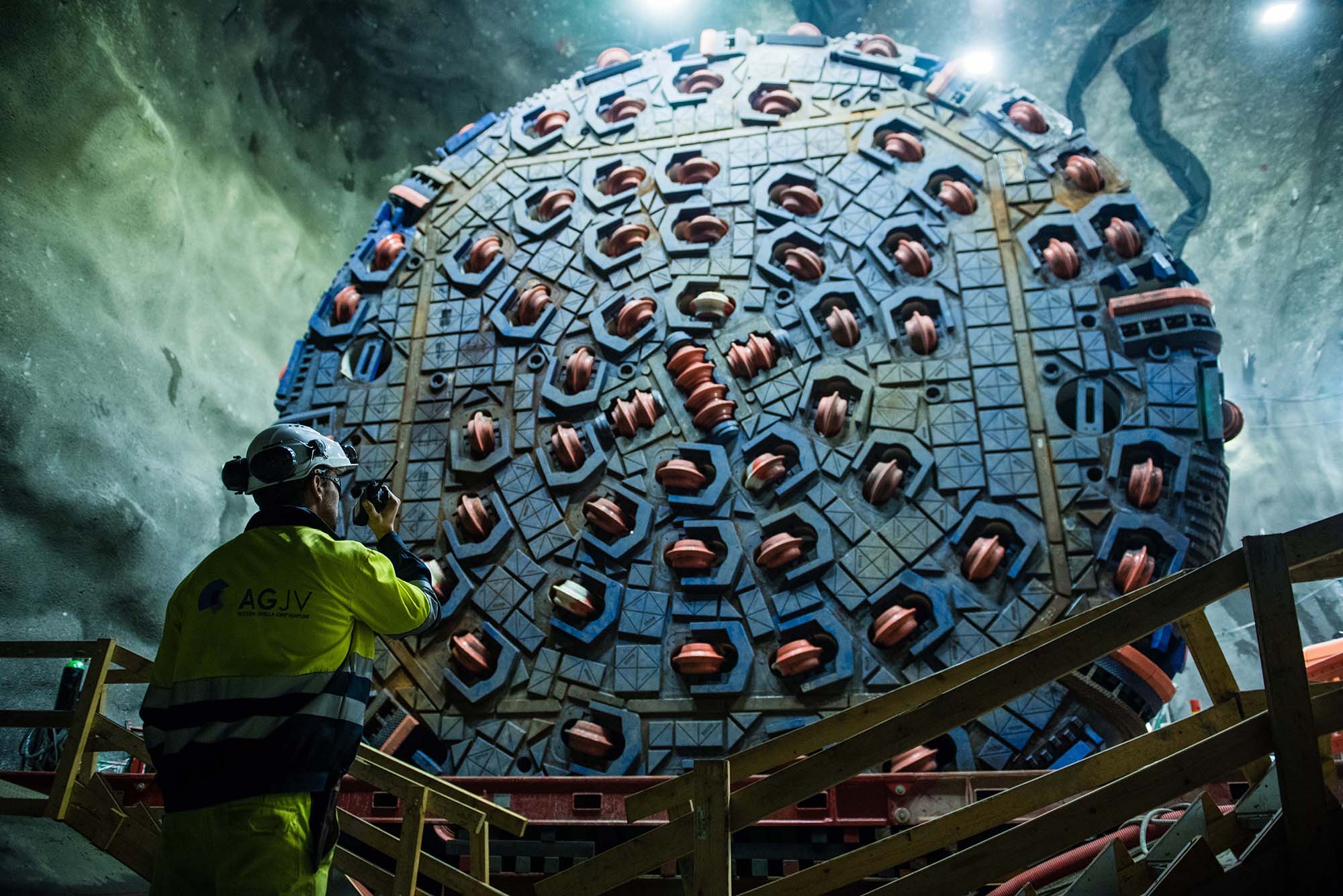 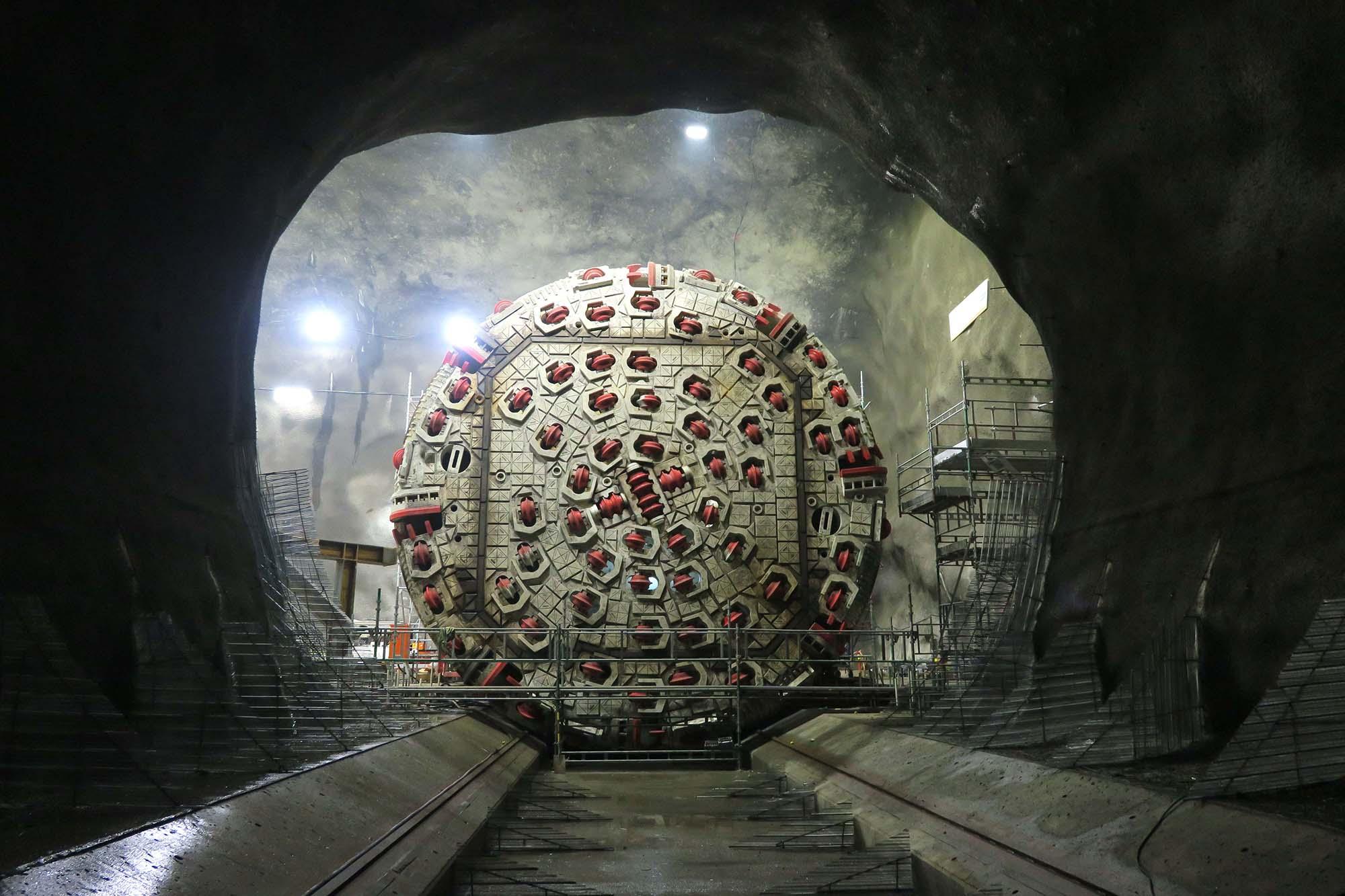 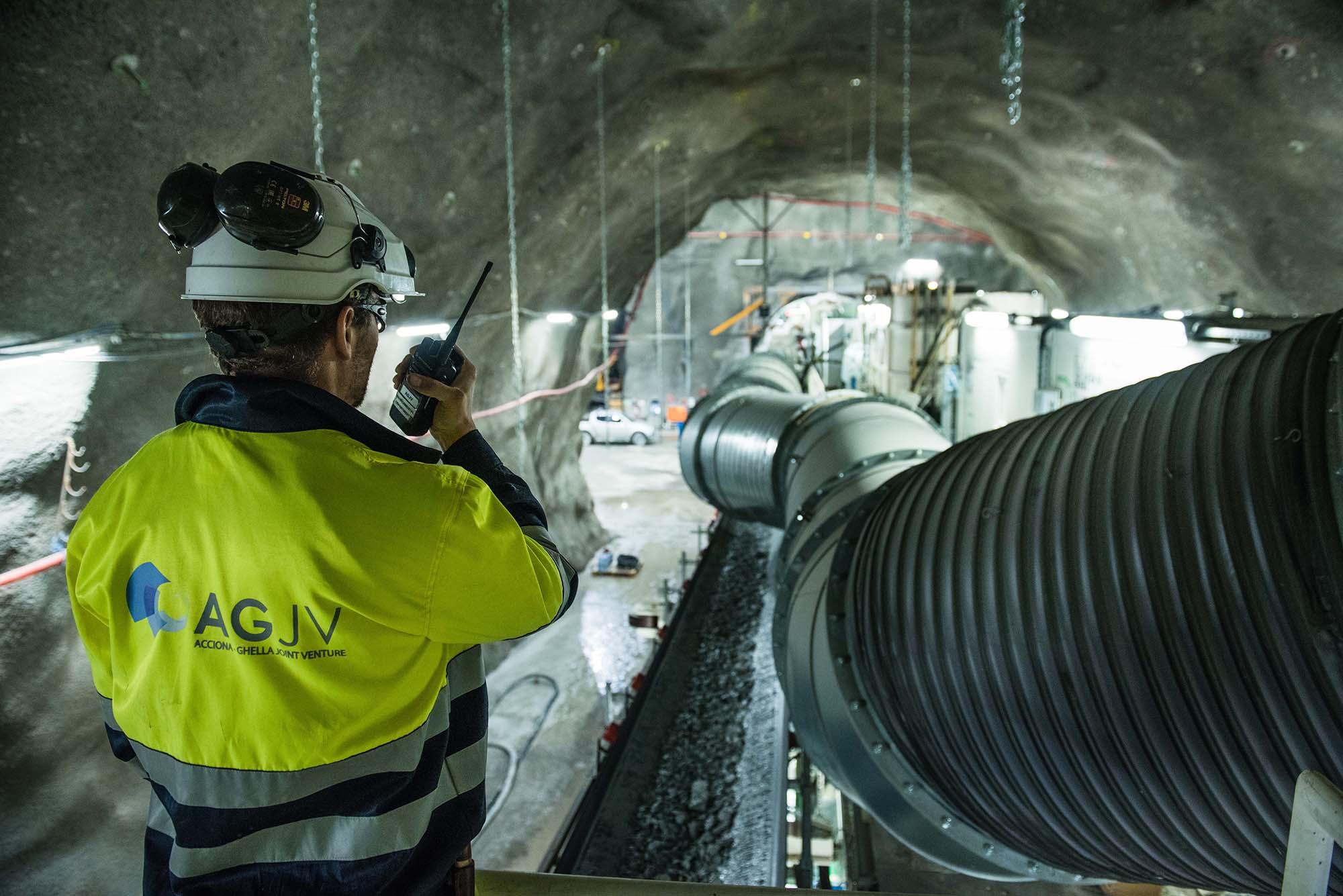 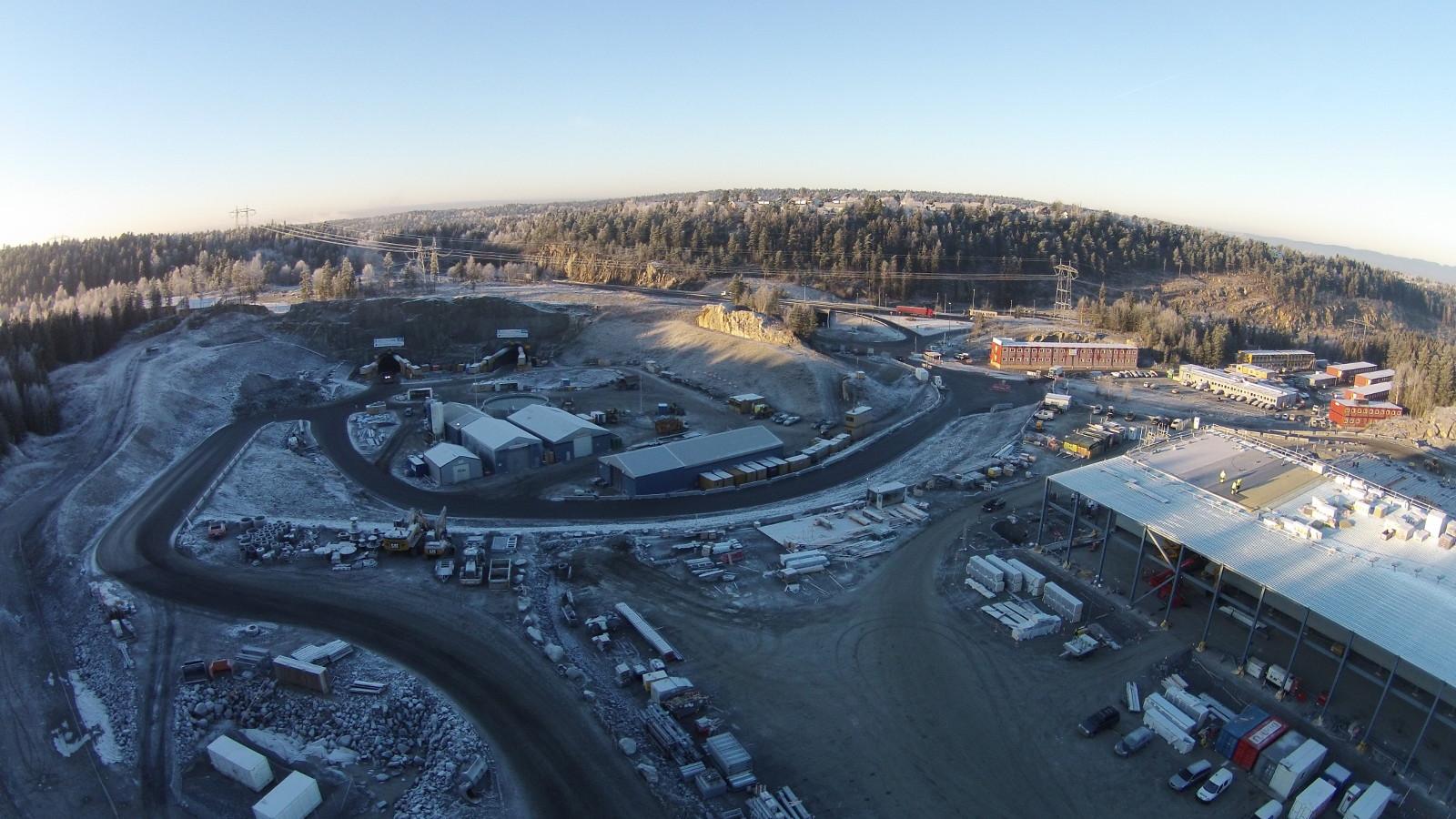 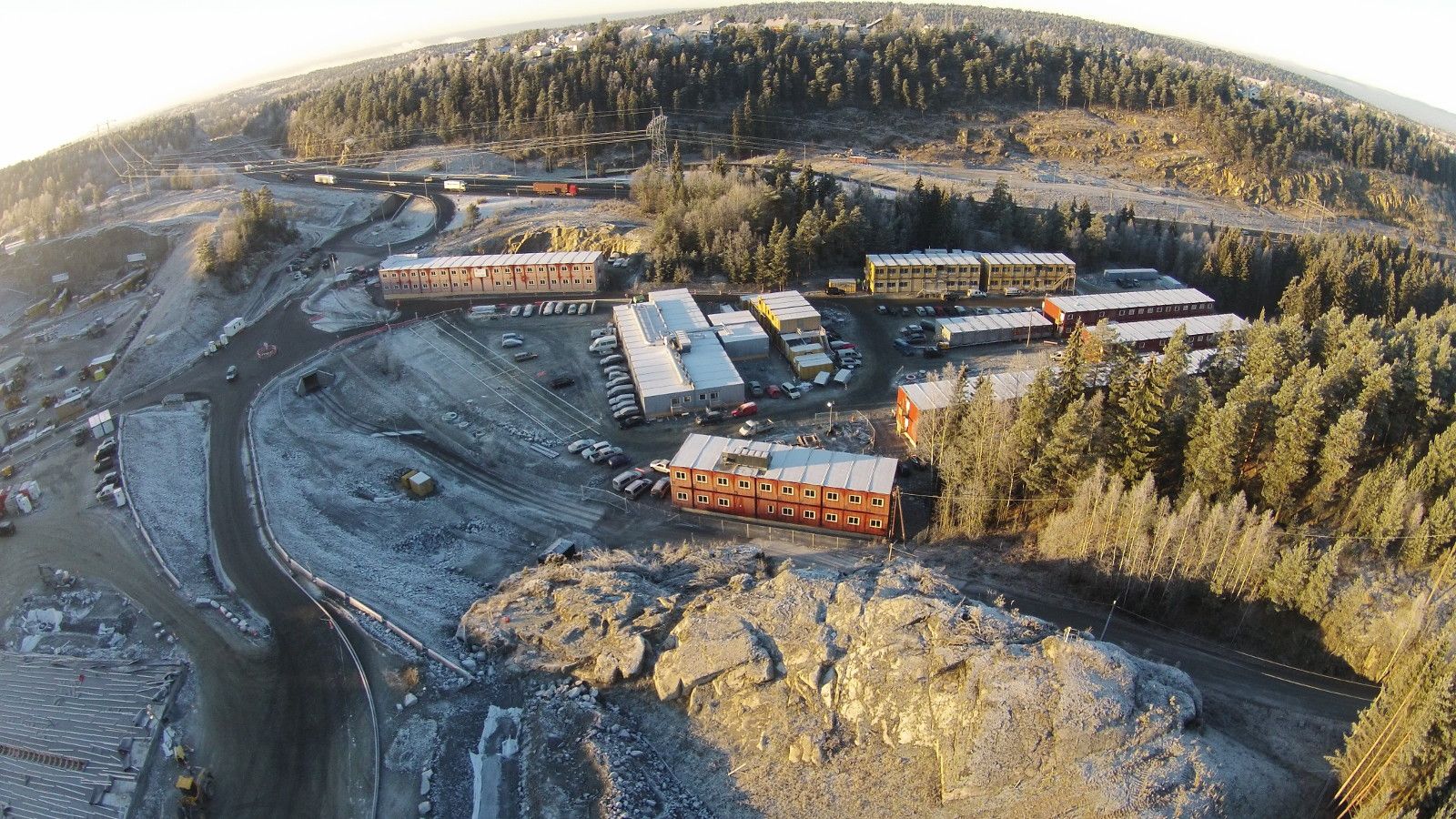 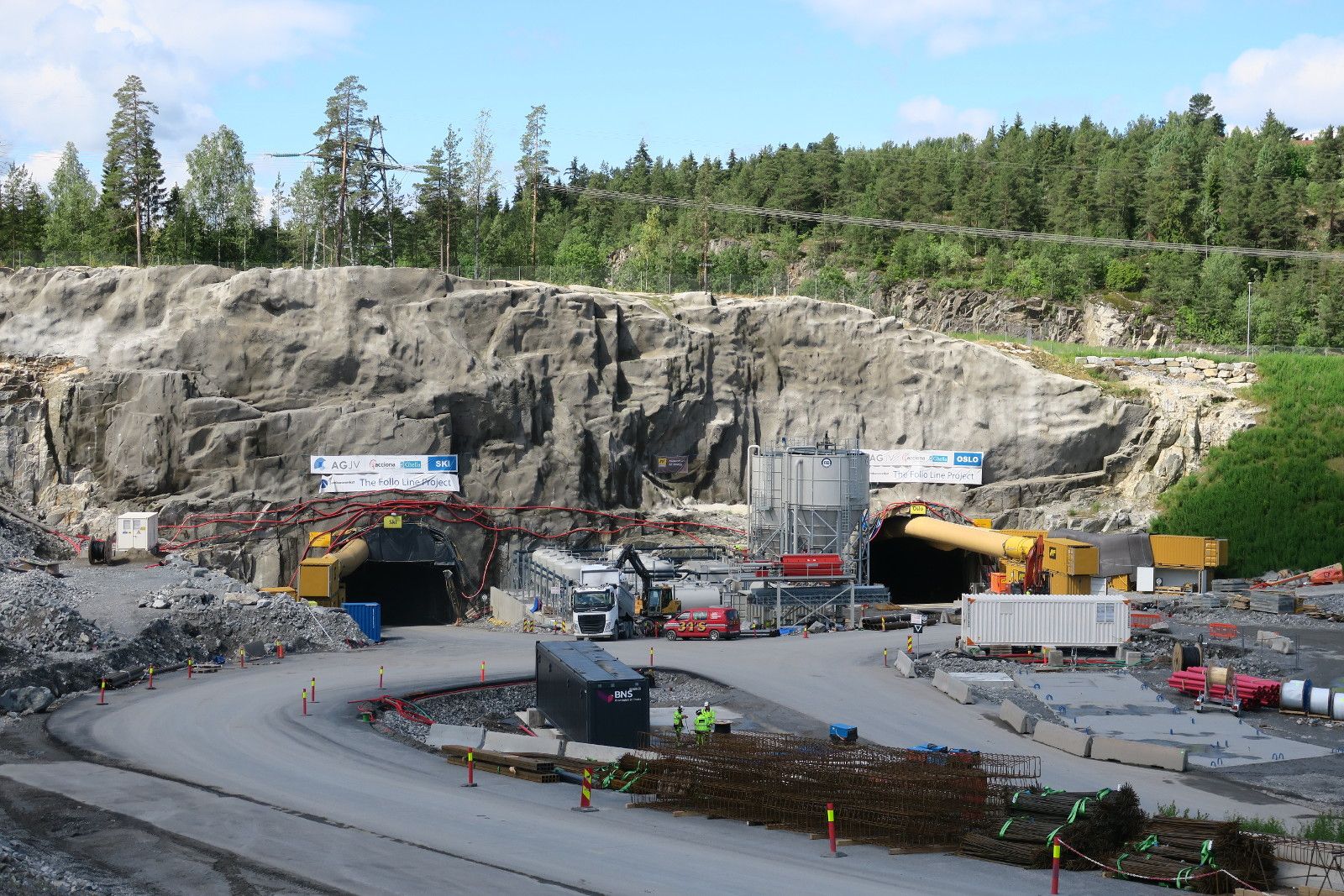 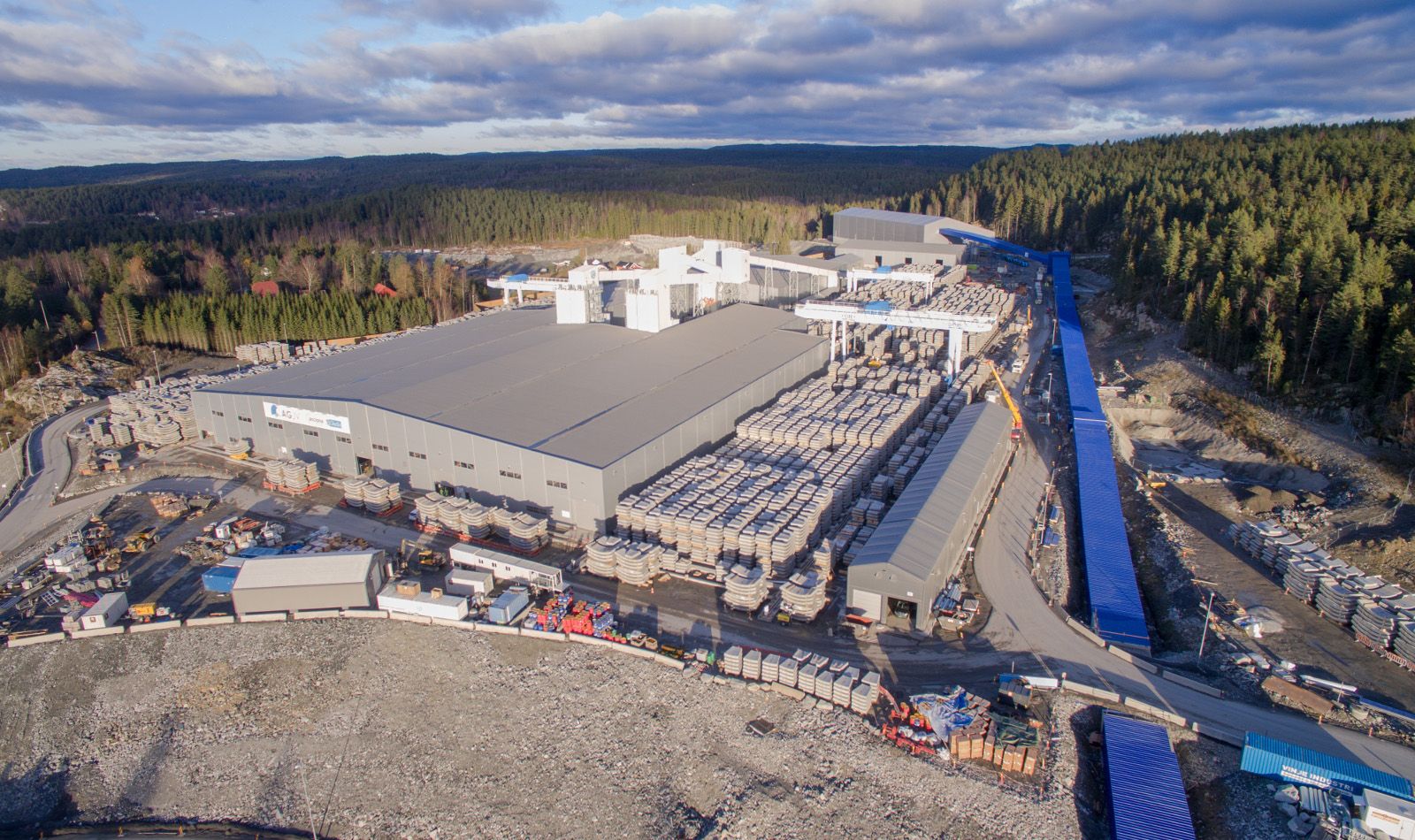 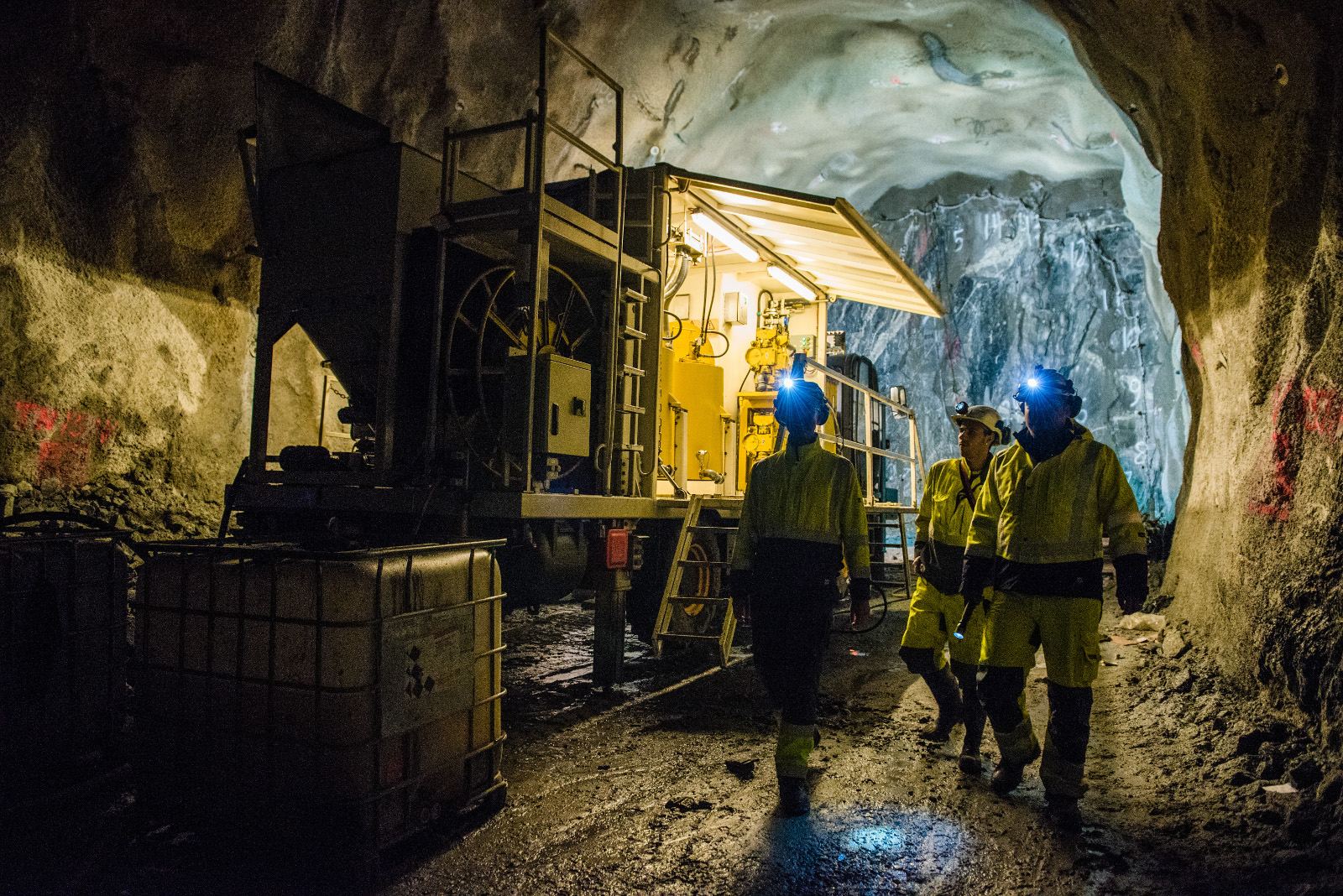 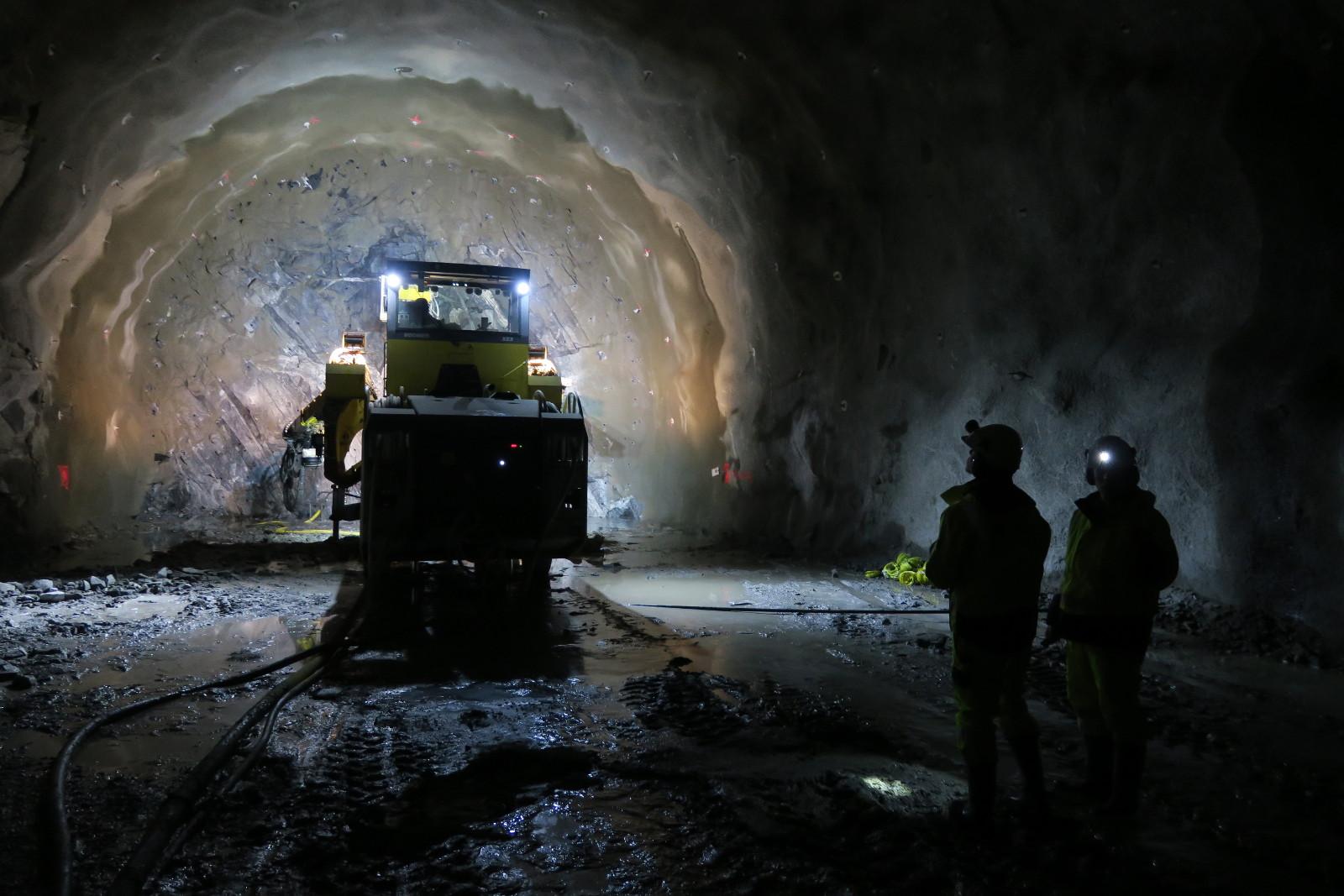 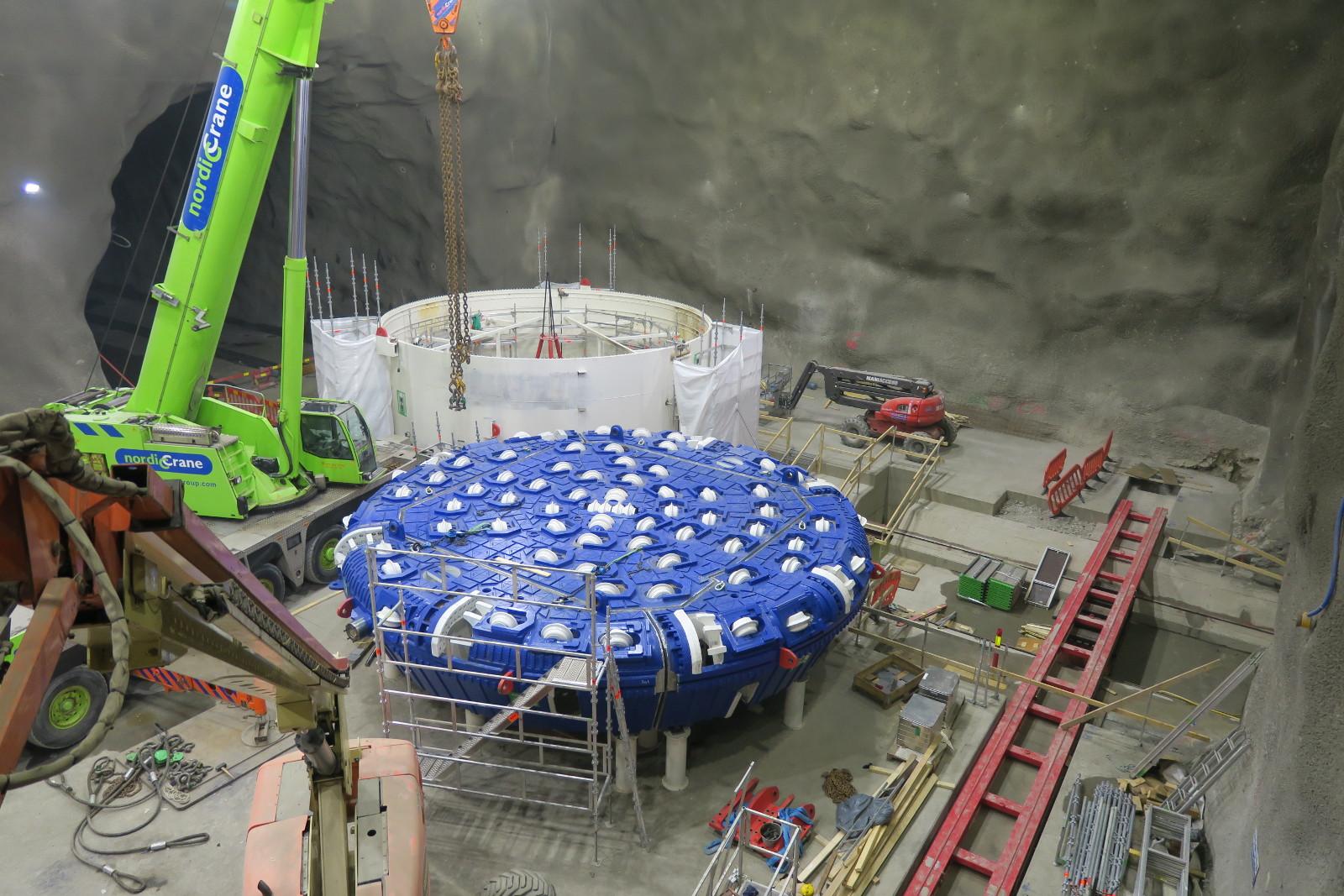 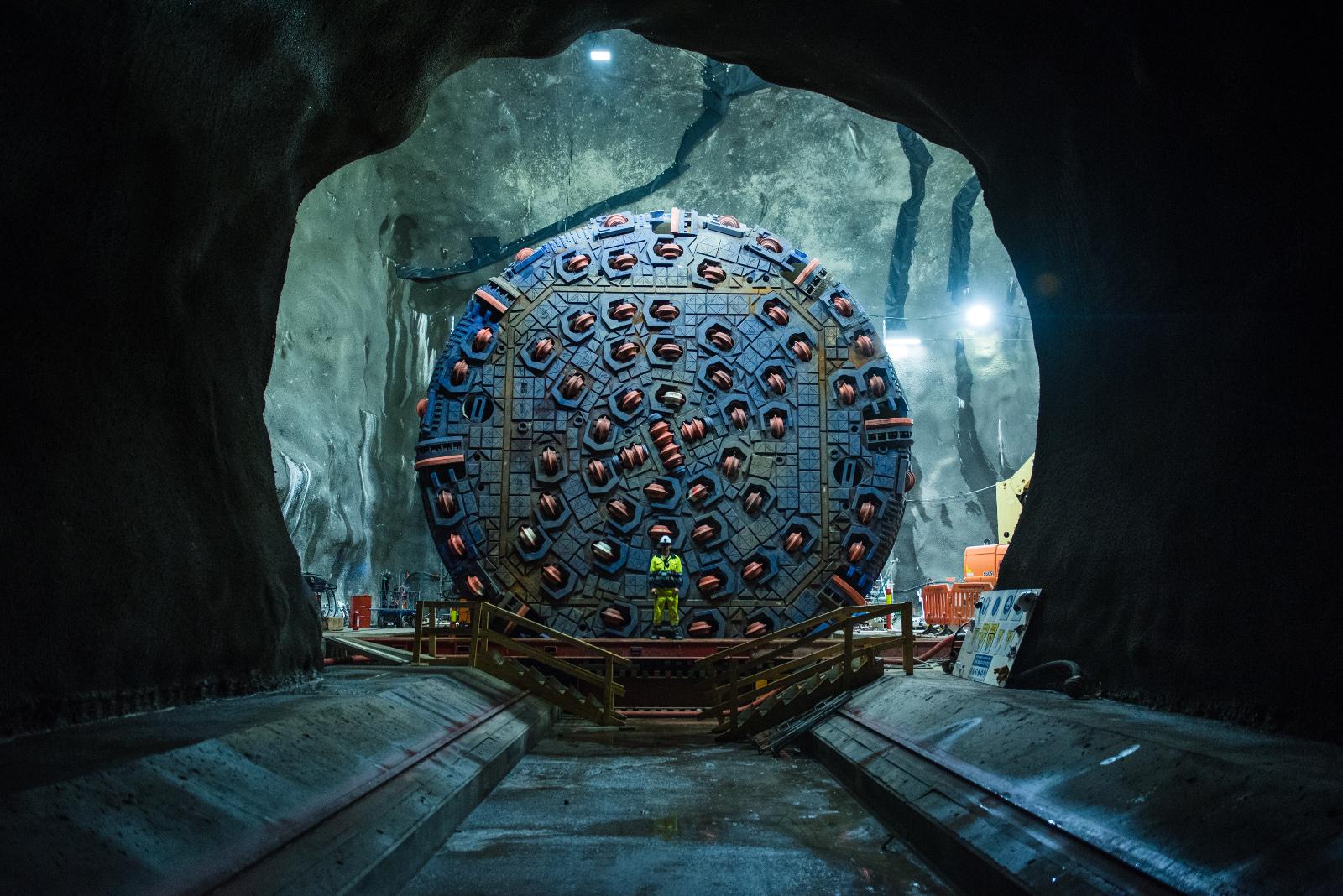 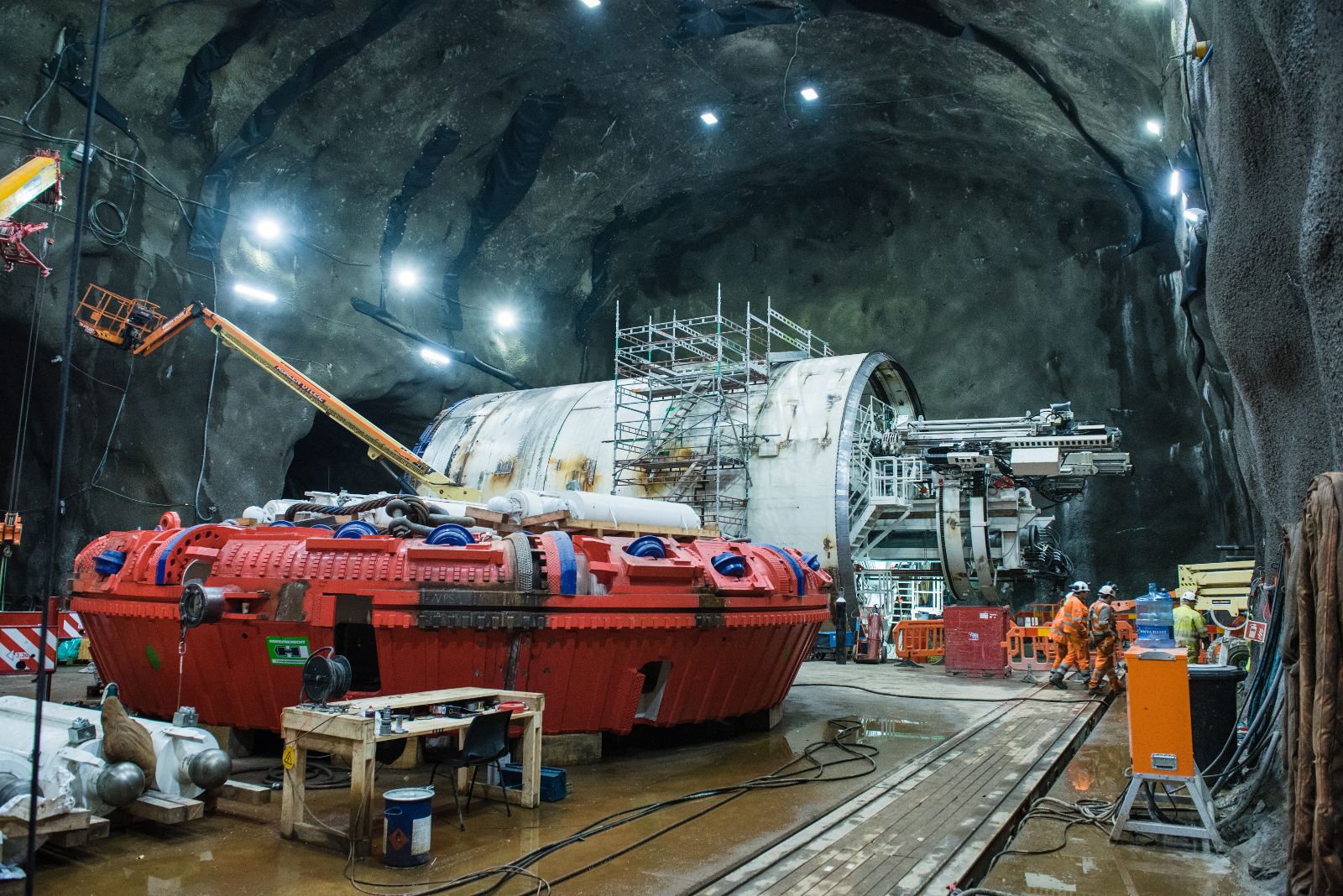 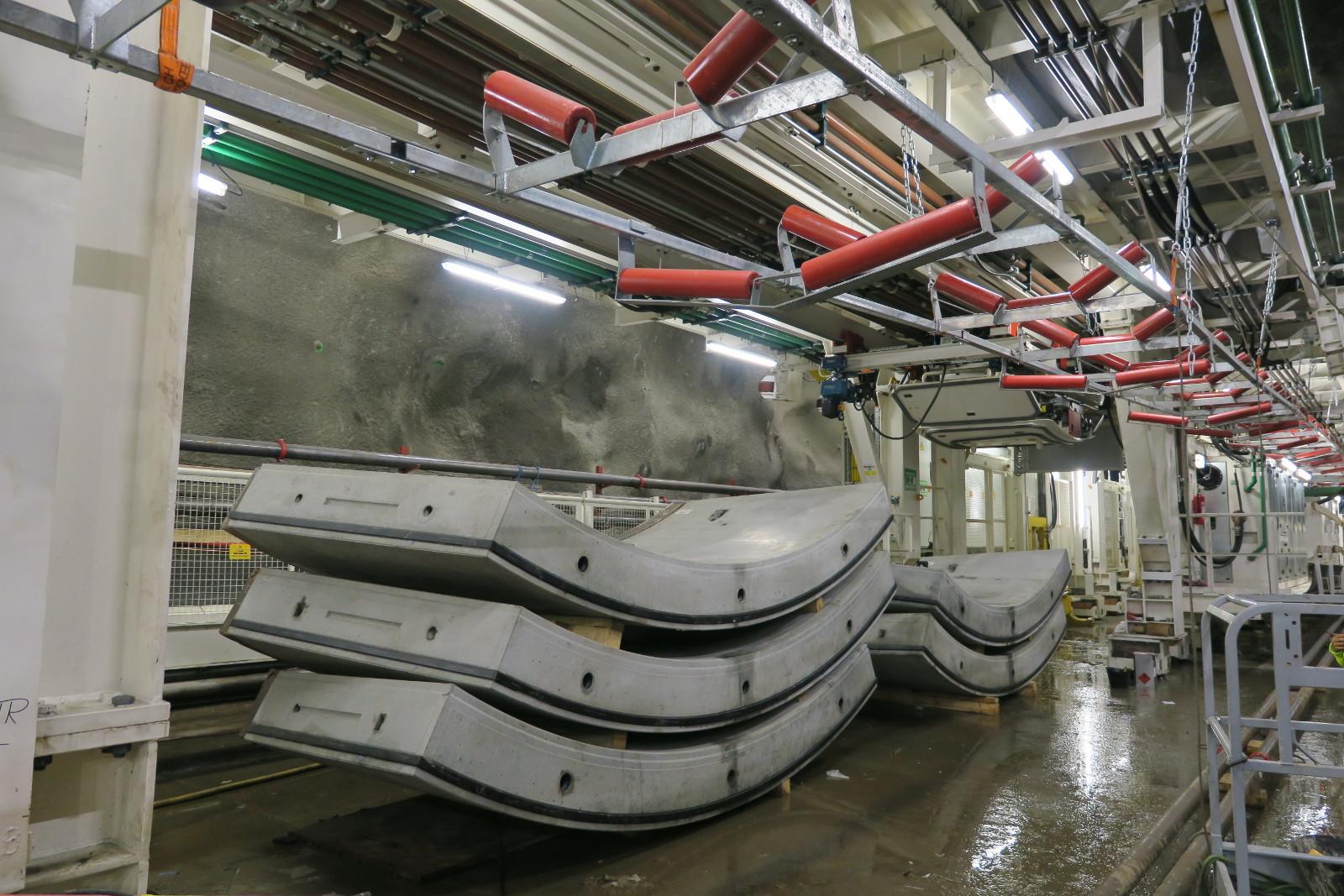 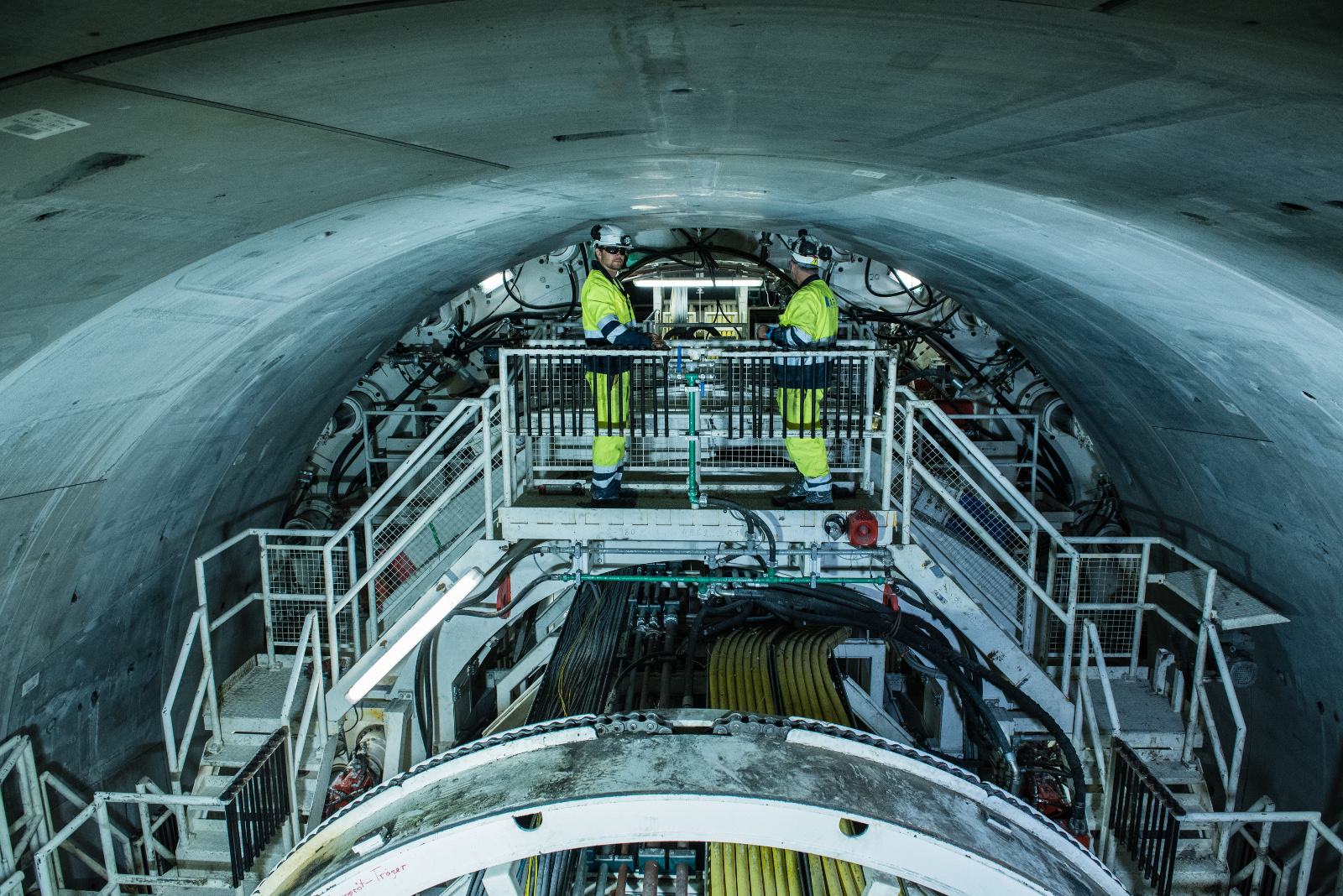 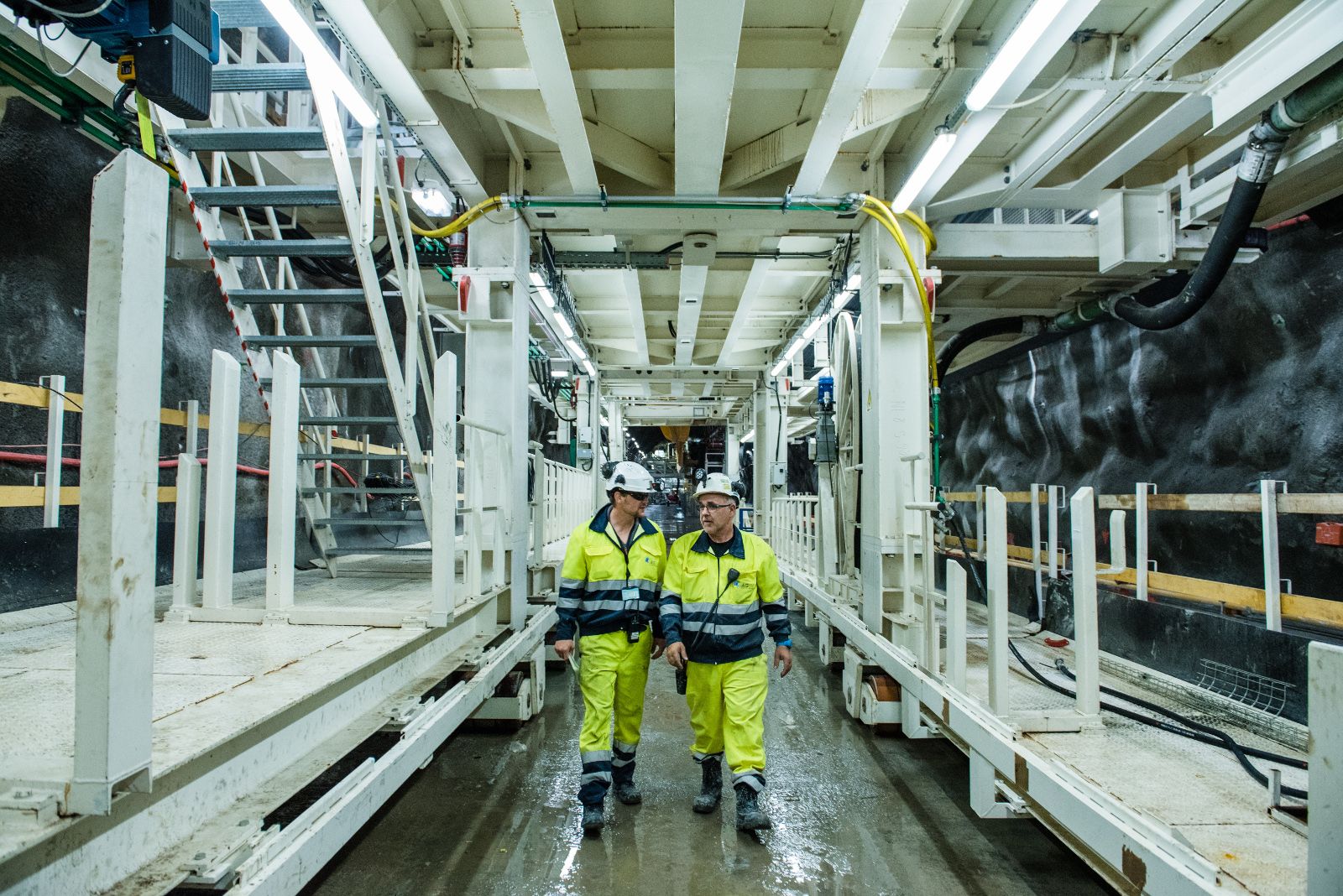 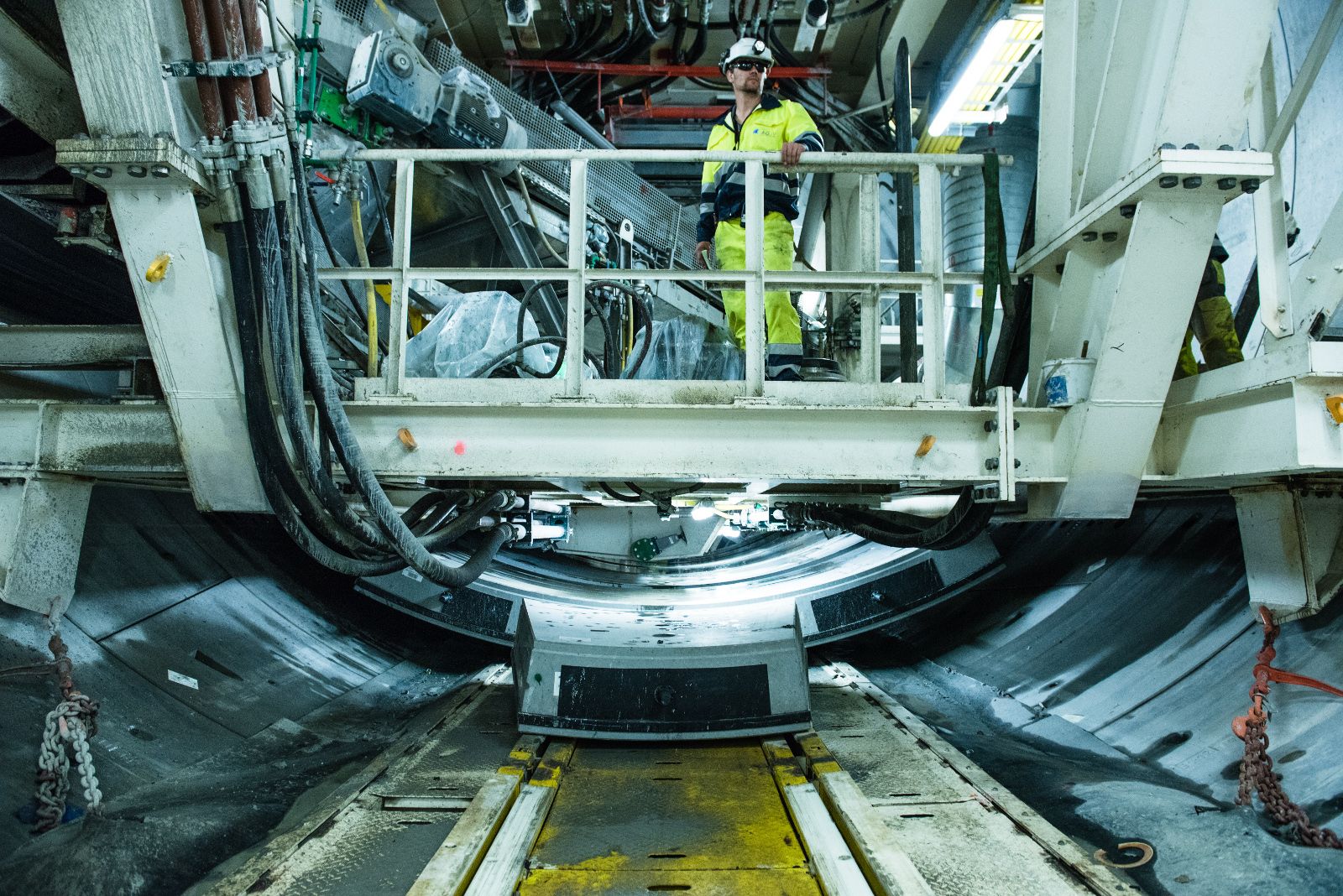 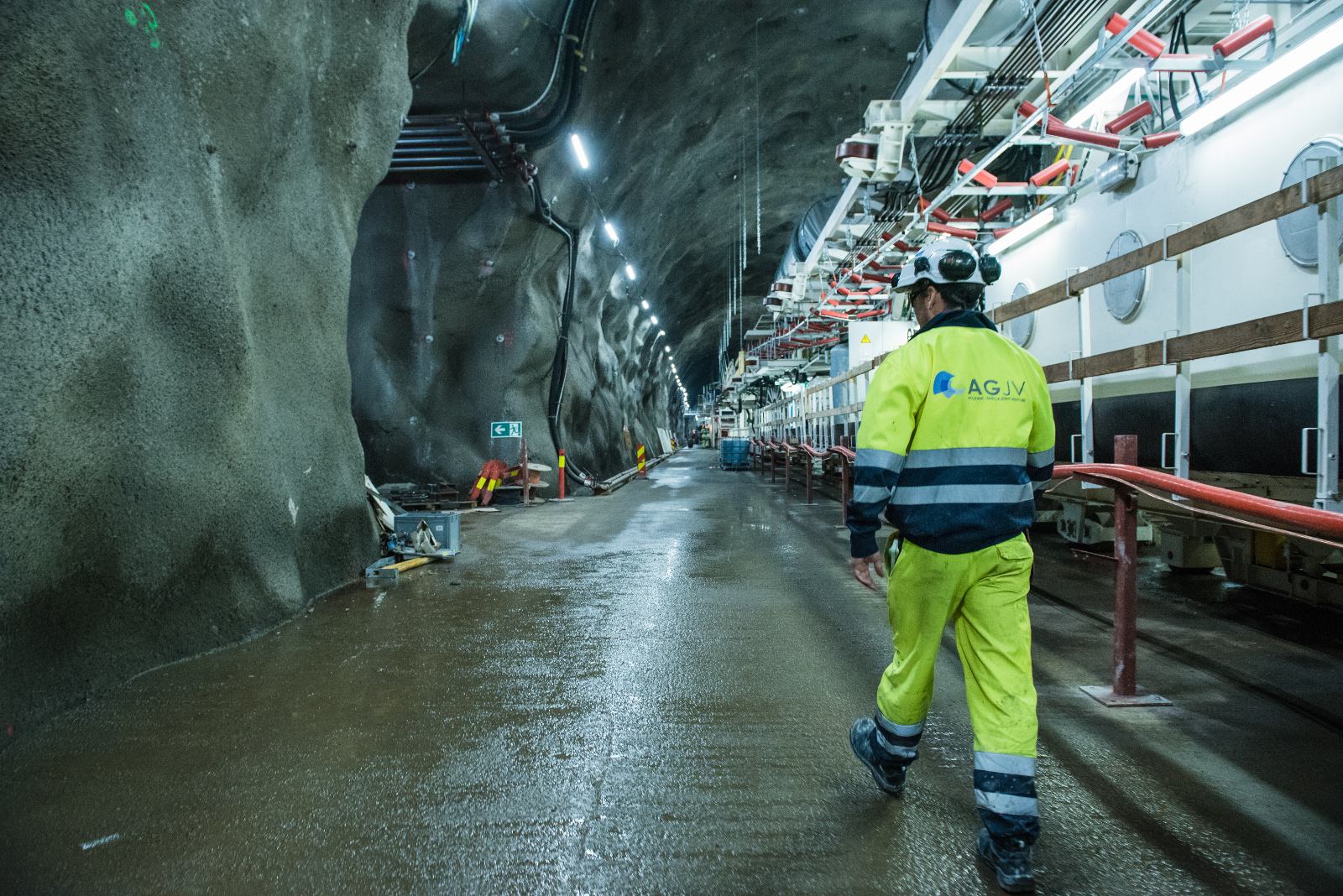 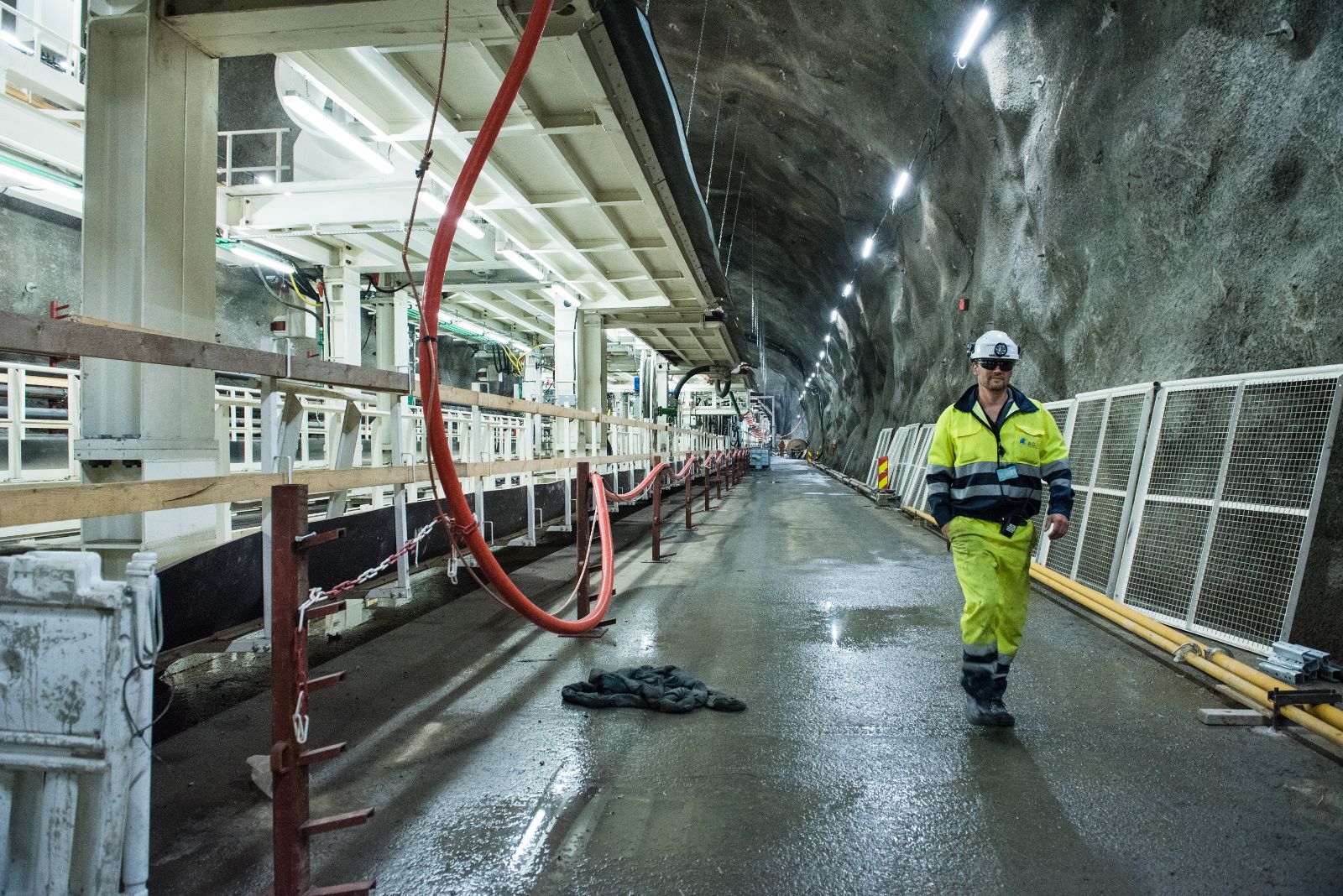 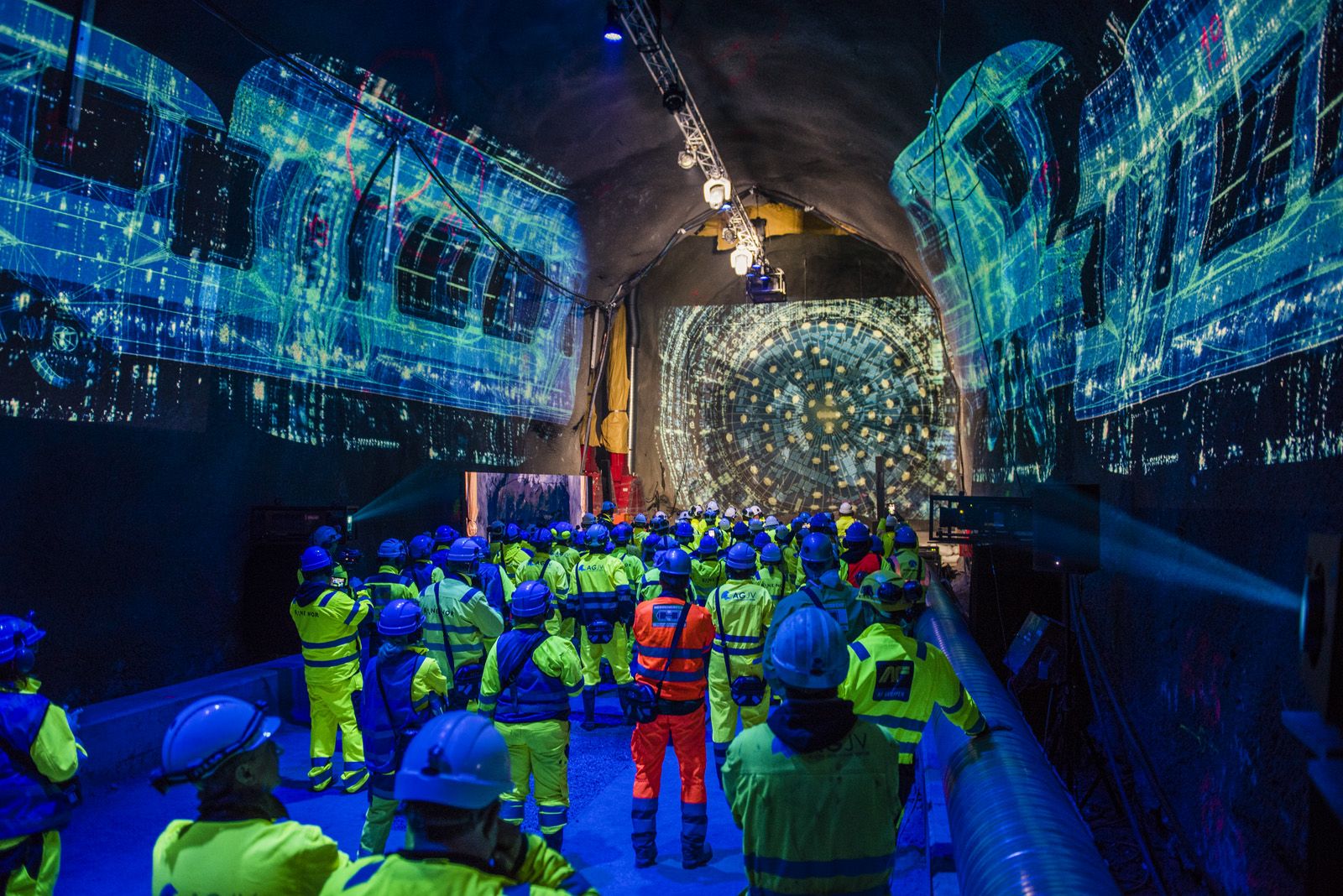 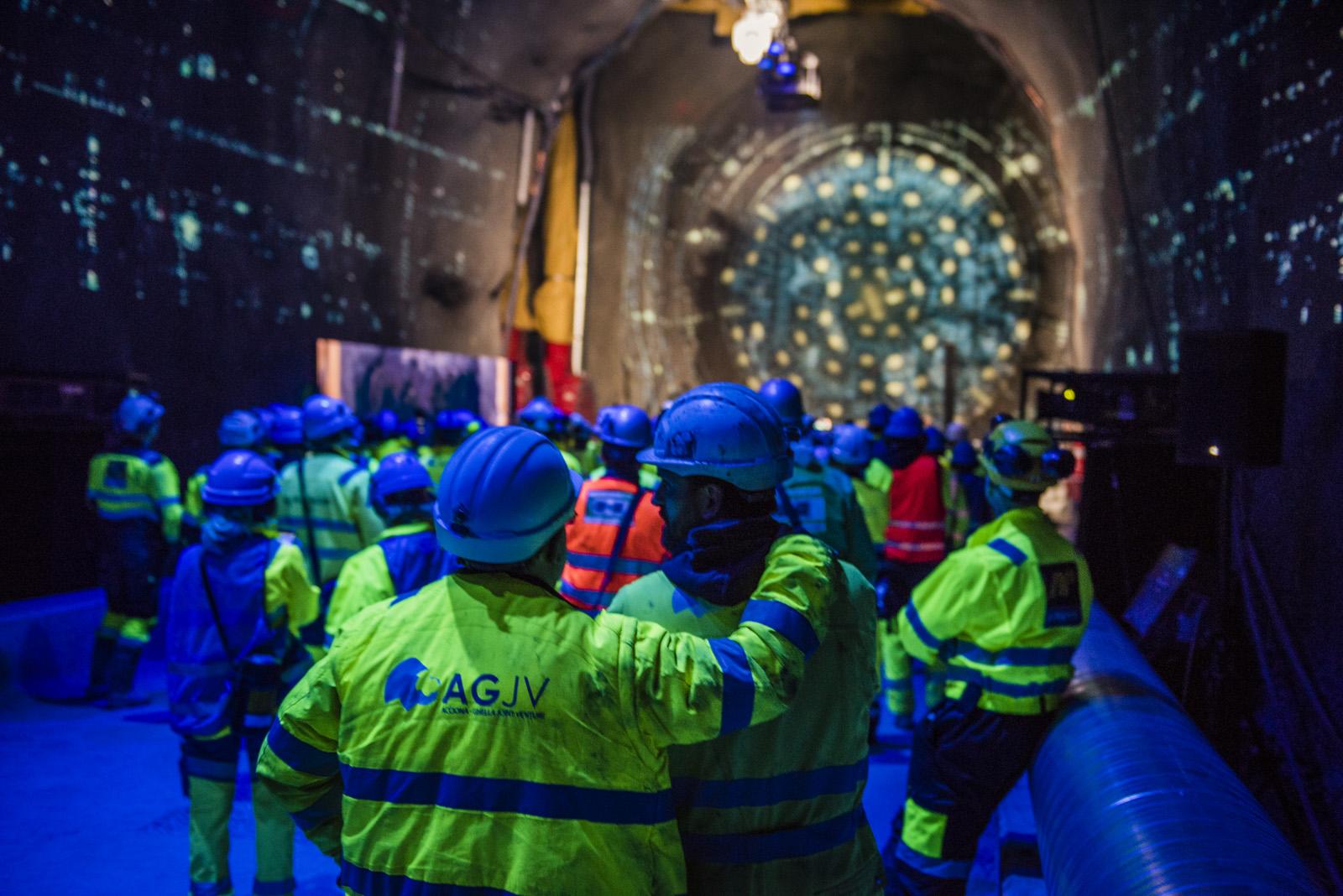 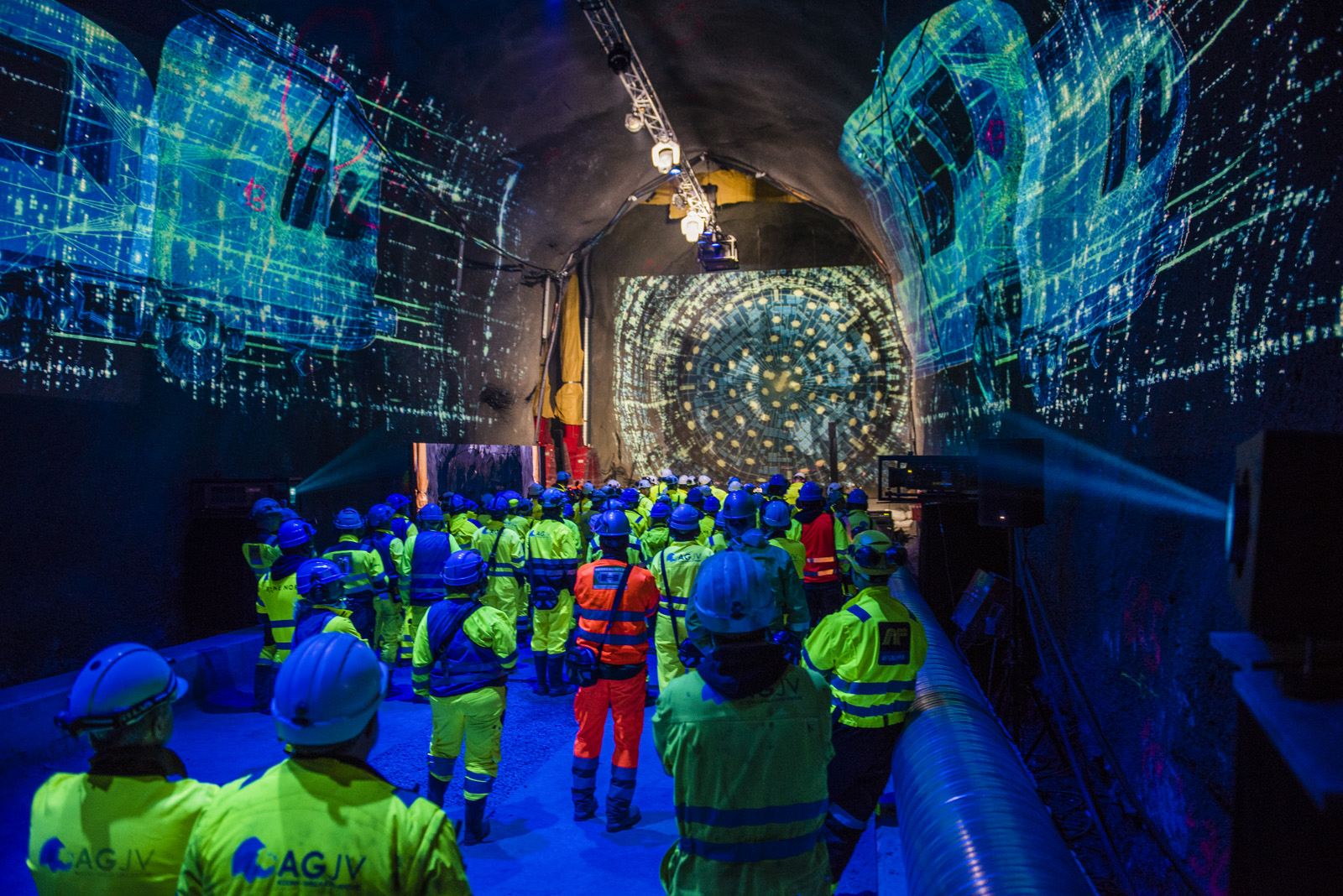 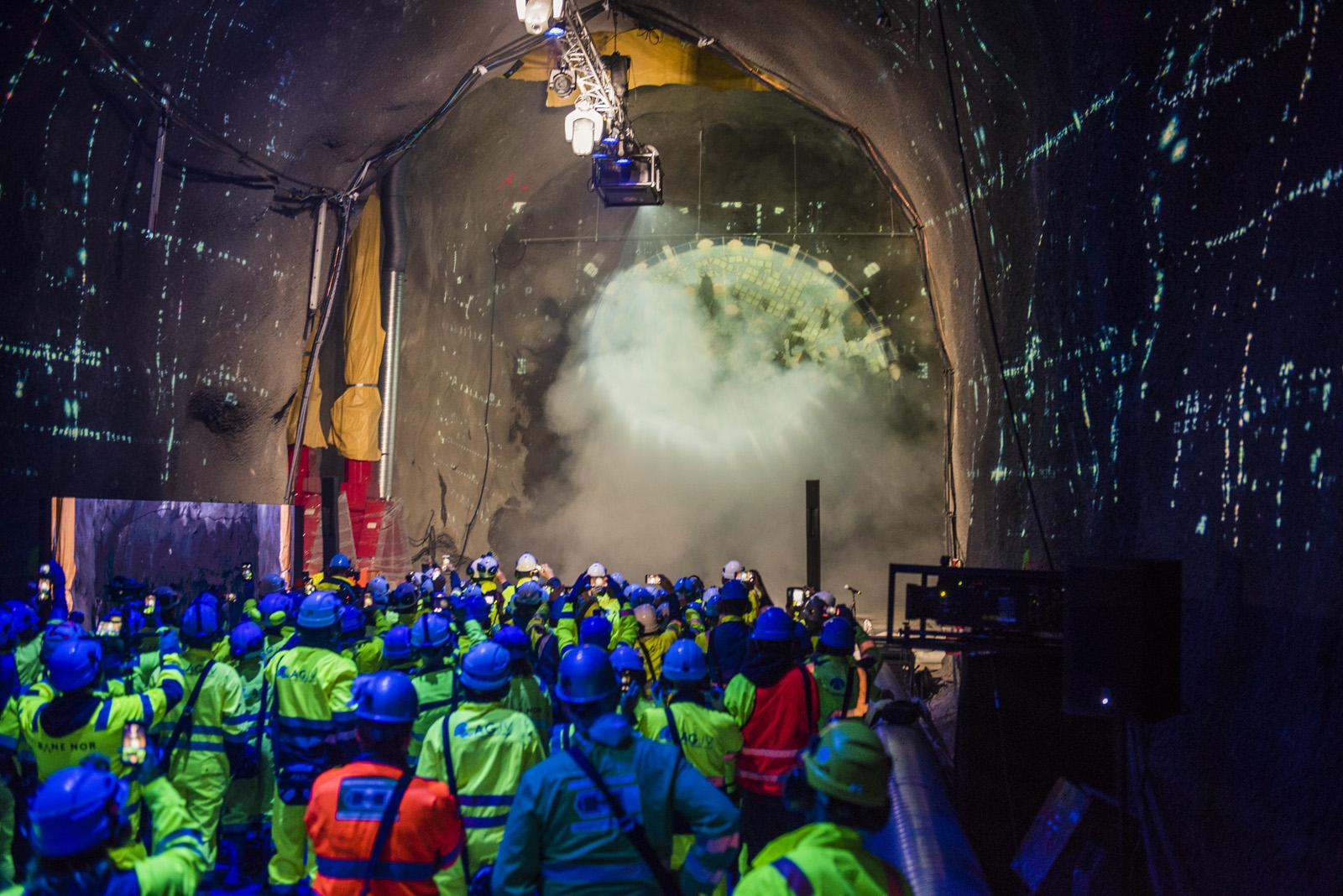 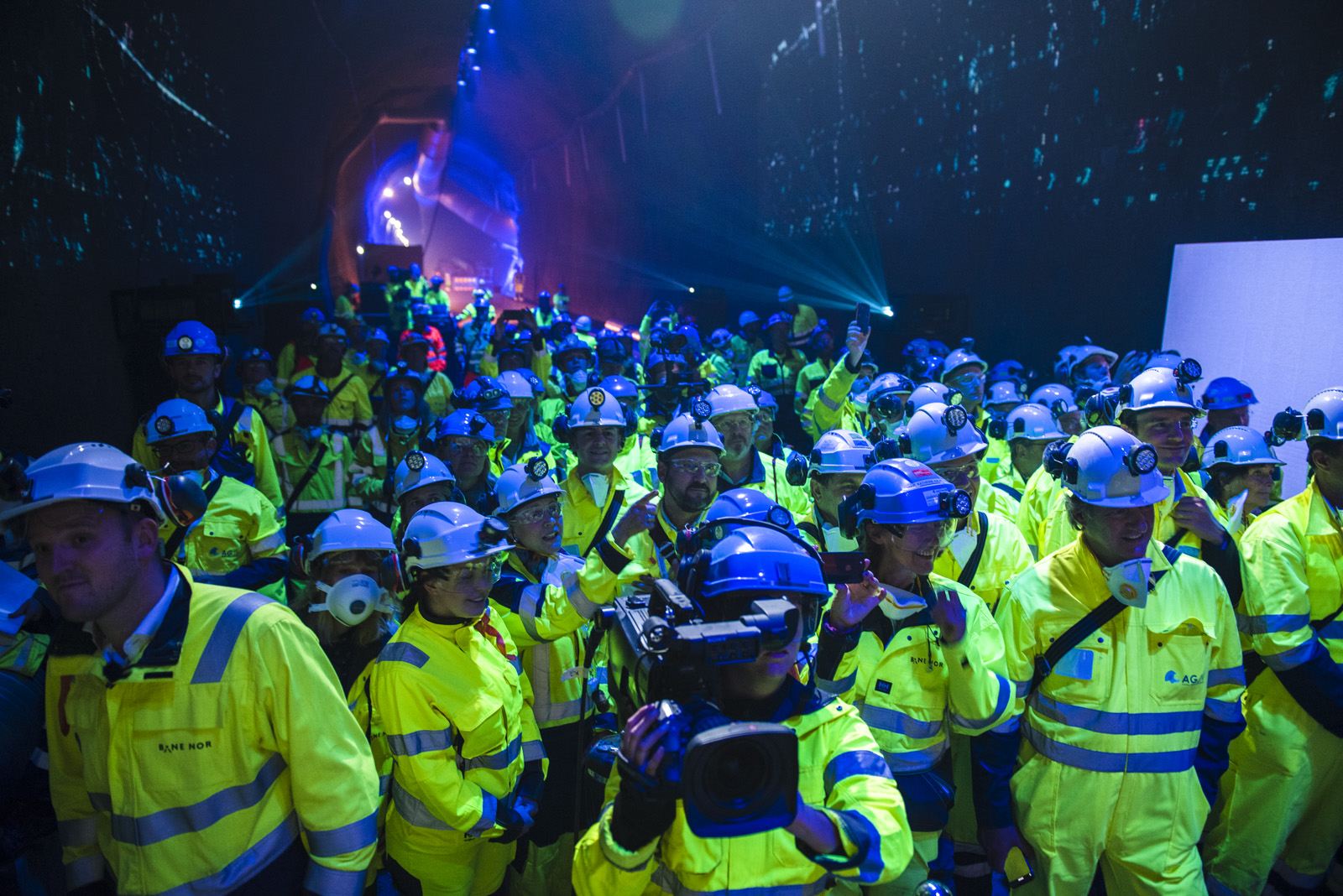 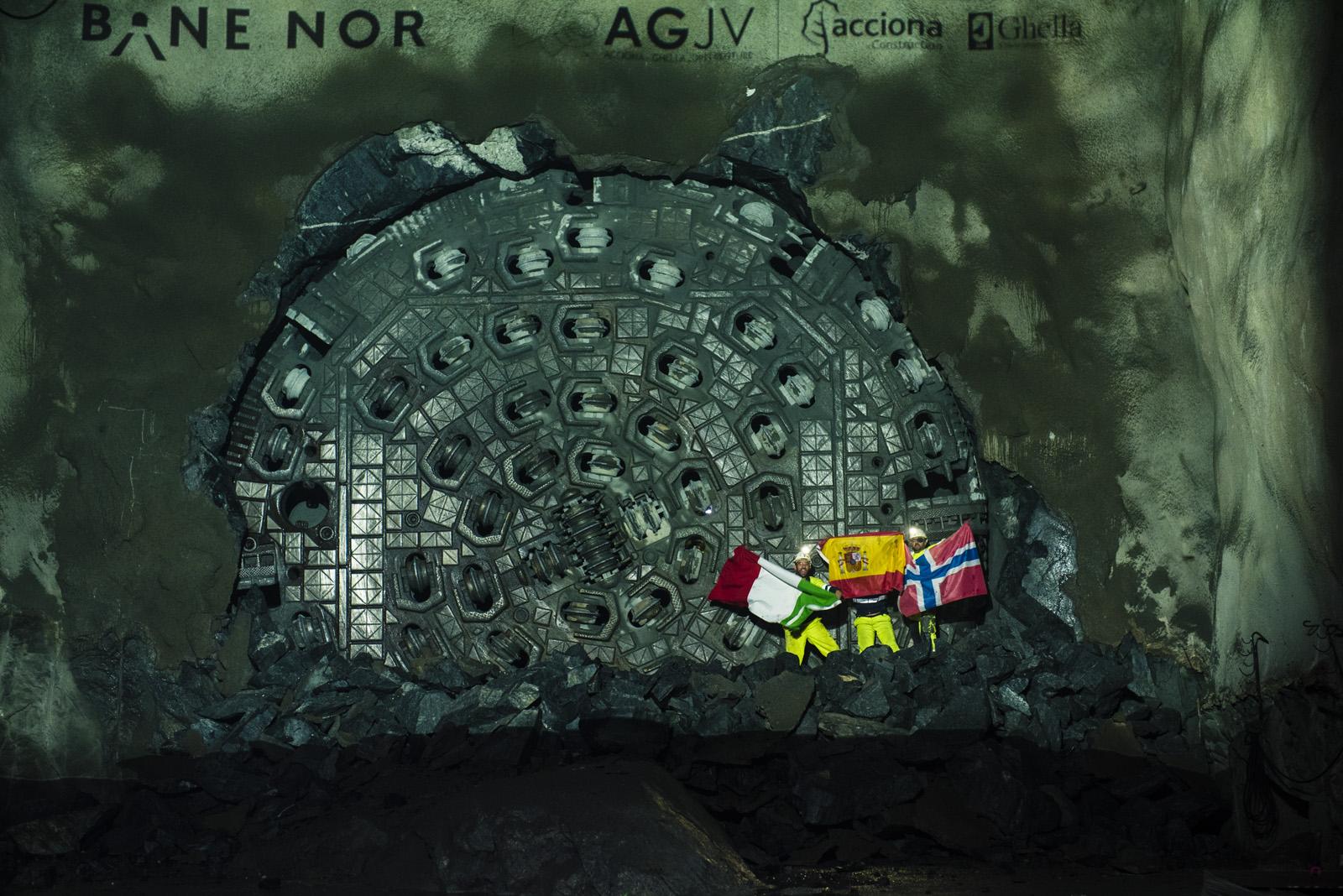 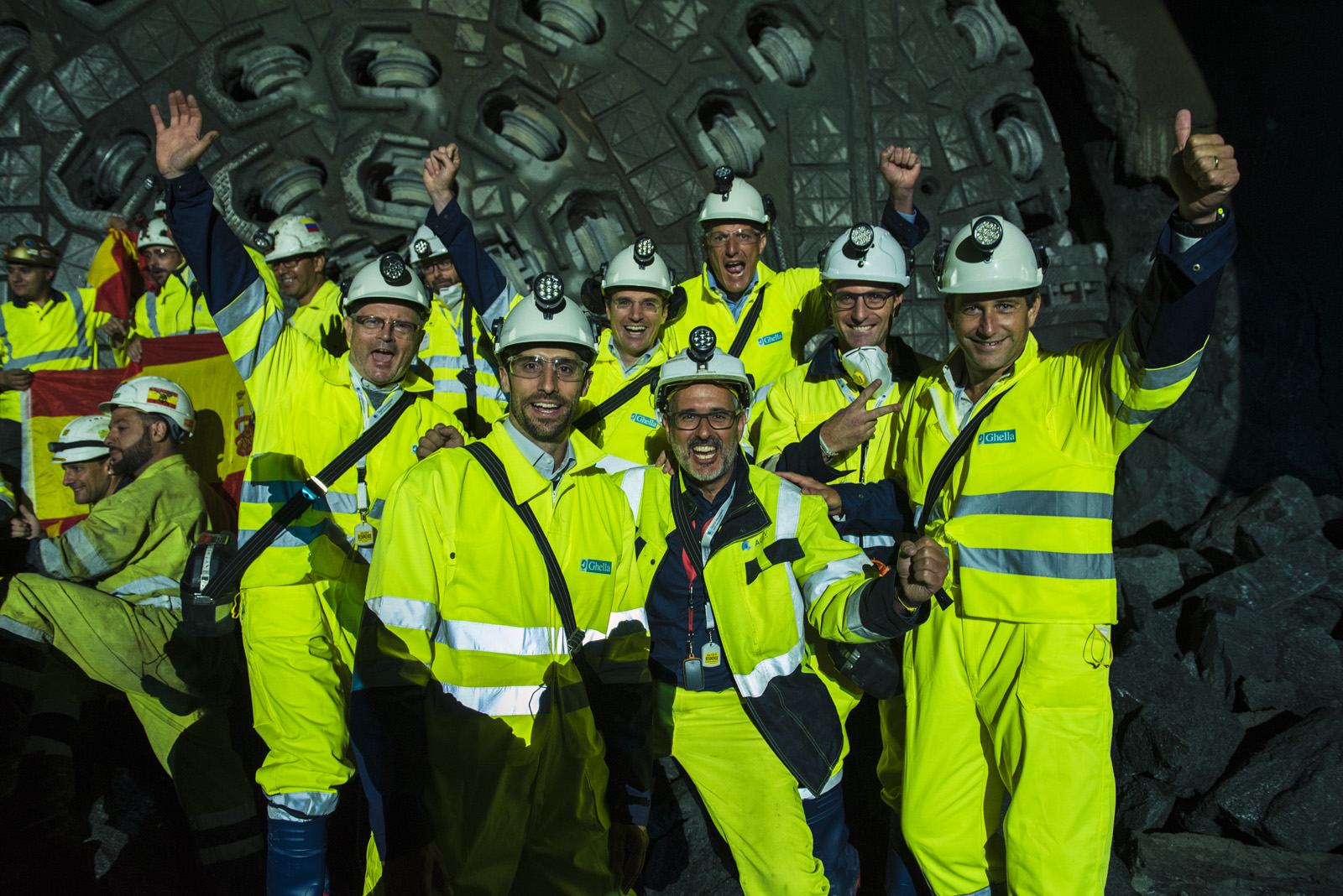 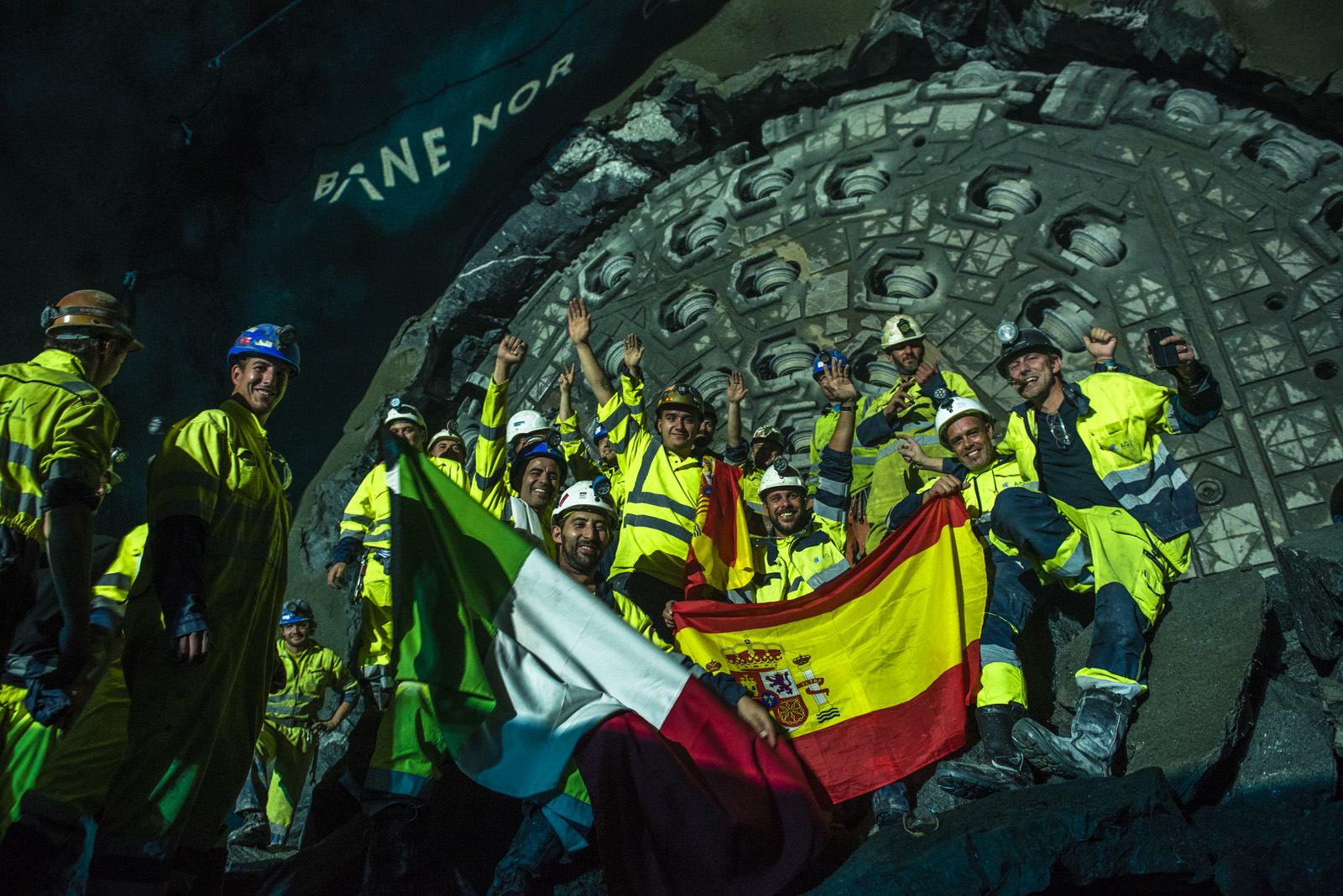 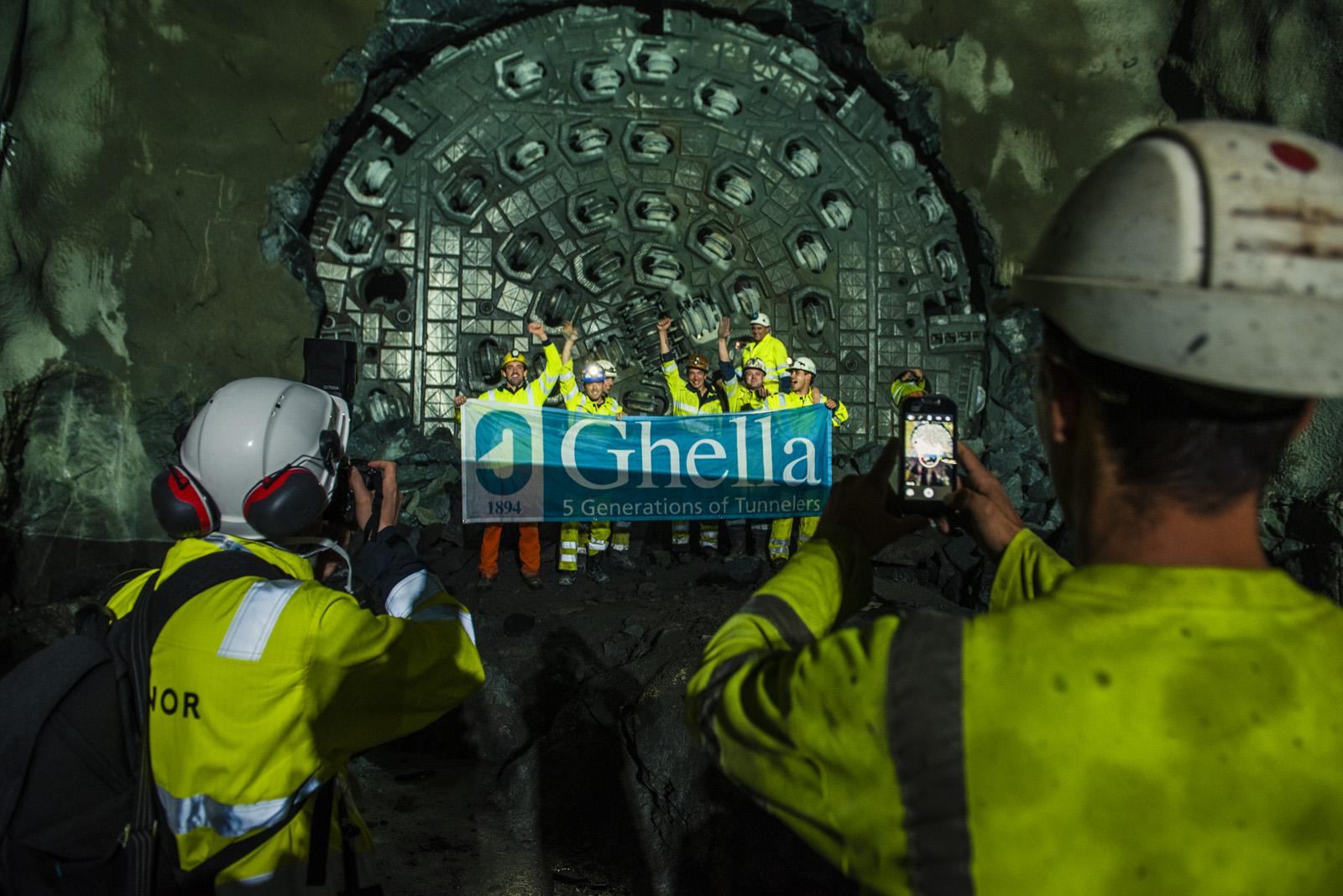